Cougars face off against Braves for the second time 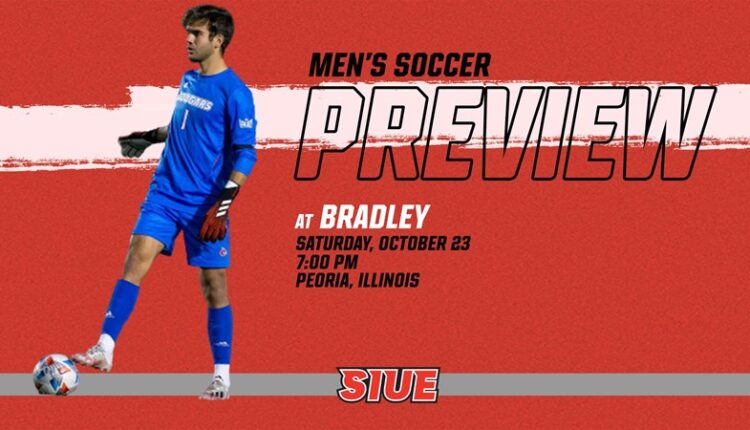 THE COUGARS: Heading to meet Bradley for the second time this season on Saturday.

BACK IN THE VALLEY: After four seasons at the Mid-American Conference, SIUE is officially returning to the Missouri Valley Conference, where the Cougars played as affiliate members from 2010 to 2016. SIUE won two tournament championships, a regular season championship, and set a record of 25-13-7 in the MVC.

TOP 25: SIUE faced three ranking opponents on the street. The Cougars dropped a 4-3 decision at No. 19 Marquette and earned a 1-1 draw at No. 24 Saint Louis.

SERIES STUFF: The Cougars and Braves meet for the second time this season. Bradley defeated SIUE on September 25th in Edwardsville in extra time.

FESTIVE OR FAMINE: SIUE has scored at least two goals in a game on six separate occasions. The Cougars have been banned five times this season.

FÜHRER: SIUE remains the team with the third highest goals in the Valley with a total of 19 goals (1.46 average). The Cougars are third in the total number of shots (125) and have the fourth most corners (45). Alex Segura ranks third in the league with four goals while five SIUE players are in the Valley’s top 10 goals.

Confronting Ageism in Health Care: A Conversation for Patients, Caregivers and Clinicians