DARPA is exploring ways to build big things in space 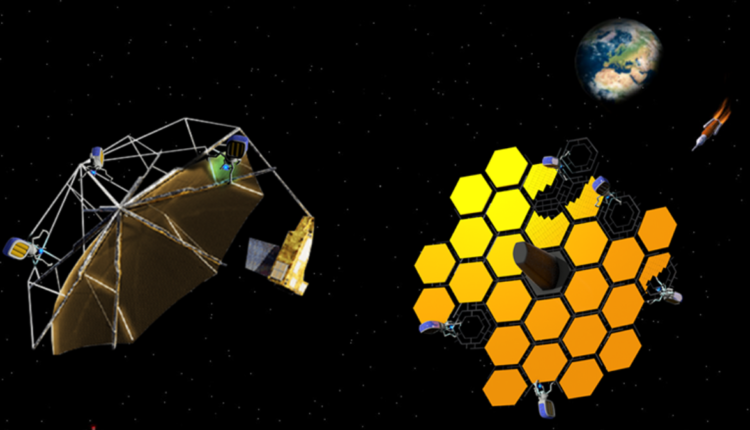 The US military has awarded contracts under a new program to address in-space manufacturing needs, as part of a larger effort to reduce the costs of spaceflight.

Space manufacturing could allow humanity to build large structures efficiently, using materials launched from Earth or harvested on another world such as the moon or Mars. Such work could conceivably begin on the moon in the not-too-distant future, especially with the arrival of private landing missions as part of NASA’s Commercial Lunar Payload Services program.

In-space manufacturing is still in its infancy, and the US military wants to help it along. The Defense Advanced Research Projects Agency (DARPA) recently kicked off work with eight teams to show proofs of concept “to enable production of future space structures on orbit without the volume constraints imposed by launch,” DARPA officials stated a few weeks ago.

Making stuff in space: off-earth manufacturing is just getting started

The NOM4D program — short for “Novel Orbital Moon Manufacturing, Materials, and Mass Efficient Design” — will test materials science, manufacturing and design technologies that could be used off Earth someday, DARPA officials said. (The initial phases funded now will not be in space, however.)

While NOM4D does not immediately consider tech for use on or around the moon, DARPA officials said, the Earth-orbiting structures the program seeks to enable and evaluate could eventually allow the US military to monitor cislunar (Earth-moon) space. Cislunar space is deemed a priority area for the US military, given growing commercial and government activities in this zone.

Cislunar space is a US military priority due to the number of moon-driven government and commercial programs planned. (Image credit: NASA)

The trouble with launching things into space, as DARPA indicated, is that such objects are constrained by the dimensions and lift capability of the rocket, not to mention the vibrations. This is why antennas, for example, are often unfurled in space; they are unwieldly objects to otherwise launch.

“Current space systems are all designed, built and tested on Earth before being launched into a stable orbit and deployed to their final operational configuration,” Bill Carter, NOM4D program manager in DARPA’s defense sciences office, said in the same statement. “These constraints are particularly acute for large structures such as solar arrays, antennas and optical systems, where size is critical to performance.”

Creating more complex structures in space will likely require building them in place, much like how the International Space Station was put together piece by piece. But to a greater degree than ISS construction, which involved astronauts performing dozens of spacewalks with assistance from the Canadarm2 robotic arm, future in-space manufacturing facilities will likely use robotic technologies almost exclusively. Also, future facilities will be tasked with using raw materials, rather than preassembled components like those that comprise the ISS.

DARPA emphasized that the NOM4D program does not intend to launch raw materials to space, to collect lunar samples or to build any structures just yet. The program will allow for potential “orbital experimentation” in “potential follow-on efforts” in the next 10 to 20 years, the agency stated. For now, however, there are three initial phases planned.

The full list of in-space materials and manufacturing recipients and their tasks, in DARPA’s words, include:

The list of mass-efficient designs for in-space manufacturing recipients and their tasks, in DARPA’s words, is:

Why Won’t More Older Americans Get Their Covid Booster?