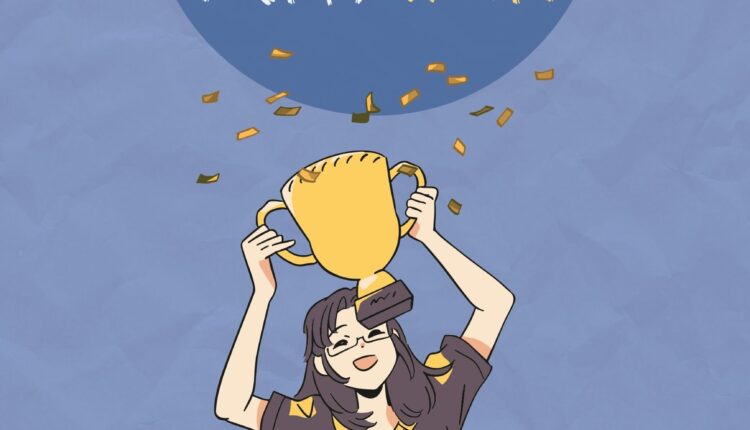 Andrew Bui is a student who is transitioning to major in Communications. Bui is a townie from Champaign-Urbana, Illinois. He is of Ainu, French, Vietnamese, and Yakut descents. He will be returning to Parkland College to begin his studies and aims to become a motivational author, speaker, and personality. Bui is a locally known power lifter and occasionally competes regionally.

Q: What has your experience been like being a first-generation student? Have there been any personal obstacles along the way?

“I think people have a difficult time to digest whenever they see me, an Asian student, asking for academic help and educational resources.” Bui expresses. ”It is unfortunate that Asian American history has yet to be taught nationwide yet. I’m relieved laws (such as TEAACH – Teaching Equitable Asian American Community History Act) are being put into place to teach it now, but this should have been done a long time ago so that this major imbalance wouldn’t exist today. For example, America still is not knowledgeable that Southeast Asians have only been in America for less than 2-3 decades compared to their East Asian peers. Especially noting the fact that Southeast Asian immigrants immigrated involuntarily. I do not currently have the knowledge compared to my Chinese, Japanese, and/or Korean peers yet, and I should not feel hurt whenever I ask for that knowledge. My parents are Vietnam War refugees and have done their best to support me academically by moral support and that’s all the best I can ask for of them. The model minority myth has hurt my academic journey in the past and still does currently. I hope within the next 5-10 years, it will change for our younger generation Asian Americans.”

Q: What has the Indian American experience been like for you? Is there anything that you would like for America to know about “brown” Asians?

“Growing up as a first generation South Asian American, I found it difficult to embrace both my American and Indian culture, since I often had to choose which persona to express more depending on who I was with.” says Chandrasekhar. “I was so confused as a child as to why I was often treated like an outsider not only by my classmates when I was born in the United States and was socialized by the same institutions as them, but also by my extended family when I had a deep knowledge of my South Indian traditions and culture. As I got older and met more children of immigrants, I gradually became more confident about my racial identity; I started to understand that speaking Kannada with an American accent and not liking spicy food made me no less brown than someone who could quote every Bollywood movie and no less American than someone who called their parents once a month. This identity crisis is not unique to me, and it stems from the universal human need to belong.”

Raihan Athallah is a current Parkland student majoring in Computer Science. Athallah is from Jakarta, Indonesia and is of Indonesian descent. He will be continuing his second college year at Parkland College with aspirations of admitting to a 4-year American university.

Q: What is like for you as an international Asian student in America? What are your aspiring goals here?

“As an international student who came to the United States amidst the pandemic in 2021, it was especially challenging for me to adapt to my current environment compared to life in Indonesia. Over time, however, I overcame many obstacles due to the friendships I made along the way here at Parkland College. While I’m here in the US, I want to make the most of it and focus on my studies to transfer to a four-year institution and enlarge my network by making new friends along the way.” explains Athallah.

Zheng Yi Lai is a current Parkland student majoring in Computer Science. Lai is from Muar, Malaysia and is of Chinese Malaysian descent. He will be continuing his second college year at Parkland with aspirations of admitting to a 4-year American university. He currently serves as a Student Officer for the International Students Association

Q: What is it like for you as an international Asian student in America? Do you still see yourself living in America after your studies?

Lai says “For me as an international Asian student in America, all experiences here will seem forever new to me. Studying in America made me realize that the harder you work, the more accomplishments you will achieve. Professors at Parkland College have been helpful and kind in answering my questions and wishing for me to succeed. Moreover, I have met great friends that are enthusiastic and willing whenever I am in need of help. Because of my experiences here in America so far, I see my dream being able to continue living and working here. I want to work as a computer programmer or engineer after graduating from an American university.”

Parkland College aspires to continue celebrating our Asian American and Pacific Islander community this month thanks to our students, staff, and community members.

DARPA is exploring ways to build big things in space