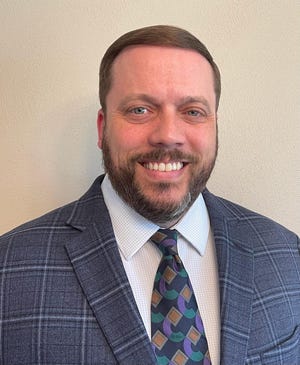 “We are fortunate to have him join the Titan family,” athletic director Paul Heitkamp said.

Only Westlund isn’t joining the Titan family. He has already belonged. He is just now taking on a bigger role. Westlund has had two kids who have graduated from Boylan and a third who will enroll next year. He is also a member of St. Rita Catholic Church in Rockford and has coached middle school girls at St. Rita for eight years.

“To have someone who is familiar with us coming in will make the transition easier,” Heitkamp said. “He knows the grade school and is very familiar with the high school. With my kids going through the parochial school system, I’ve seen Aaron coaching. He’s always come off as a basketball junkie.”

Westlund will replace Paul Perrone, a 1968 Boylan graduate, at one of the premier girls basketball programs in the area. Perrone was let go after going 298-86 in 13 years at Boylan. He is the all-time winningest coach at both Boylan and Harlem.

Boylan will return six varsity players, including two of the league’s four returning all-conference players in Lily Esparza and Maggie Schmidt. The Titans have eight consecutive 20-win seasons and have won three of the last six NIC-10 titles.

Westlund was an assistant coach at Rock Valley College last year and has 10 years of experience coaching local girls at the youth, high school, AAU and junior college levels. He is the head coach of the Midwest Wildcats AAU team.

“He will bring excitement and high energy to Boylan,” said RVC coach Darryl Watkins, who coached the Golden Eagles to their 11th consecutive N4C Conference title this year. “He’s a guy who knows the game.”

Westlund also coached one year under Watkins when both were at Auburn, with Watkins as the head coach and Westlund the freshman coach.

Best of 2021-22:Meet Rockford’s all-area girls basketball team and the 2022 player of the year

“He is going to study film all day long and try to prepare the girls each and every game to go in and get it done,” Watkins said. “He’s really good at player development and at Xs and Os and breaking film down.”

Free and Cheap Outdoor Movies This Summer in Champaign-Urbana

District 128 names Larry Varn its director of Equity and Inclusion