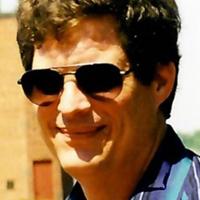 A celebration of life memorial service will be held at 11 am Friday, Nov. 11, at Carroll First Church in Carroll, Iowa, with Pastor Dave Hagen officiating. The family will greet friends from 10 to 11 am Friday until the time of the service. Burial will be at Merle Hay Memorial Cemetery in Glidden at 1:30 pm Friday with military honors conducted by the Merle Hay Post of the American Legion.

Dahn and Woodhouse Funeral Home is in charge of arrangements. Online condolences may be left for the family at www.dahnandwoodhouse.com.

Dean was born Jan. 1, 1956, in Ames, Iowa, and he was a son of Richard “Jim” and Arlene (Wyman) Gramowski. He attended Forest Strawn-Wing Schools in Forest, Illinois, graduating with the high school class of 1974. Shortly after graduation, the family moved to Iowa.

In 1976, he married Cindy Nieland, and together the couple had two children, Corey and Megan. In 1982, he was enlisted in the Iowa Army National Guard and served until he was injured and was honorably discharged in 1983. Dean was employed by General Electric in Carroll for 22 years. He then worked for Quebecor World in Carroll until it closed its doors.

On May 18, 2002, he married Deborah Craig at the Little Brown Church in Nashua, Iowa. Dean welcomed Deborah’s children, Stacey, David and Cassondra, to the family. He was employed at Scheck’s Plumbing and Heating in Carroll until he was forced to retire due to his failing health.

Dean was a member of Carroll First Church. He enjoyed camping, fishing and golfing. In his spare time, you could often find him putting model airplanes and ships together. But most of all he loved spending time with his family especially his grandchildren.

He was preceded in death by his daughter Megan Gramowski; his parents; and his brother Bruce Gramowski.