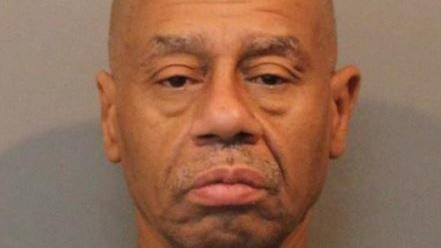 
CROWN POINT – A Gary man first appeared in court Wednesday for murdering a Tennessee man earlier this month after the man arrived at the defendant’s home and said to a woman, “Let’s go.”

Antonio West, 54, is accused of gunned down, 39-year-old Shawn Rhyan Pewitt, on September 8th on the 2500 block of Connecticut Street in Gary.

West knew Pewitt from Rockvale, Tennessee, and the woman because, according to Lake Criminal Court records, he had previously sold them drugs.

A judge made an innocent plea on charges of murder on West’s behalf. West is also facing a gun upgrade.

The woman told police that she, Pewitt, and a Lowell man were in a drug house in Gary on September 8th when West arrived and they all went to West’s apartment.

The woman told police that Pewitt wanted her to go with them, but West ordered her to go inside. She came because she was afraid of the West, according to the court records.

After Pewitt and the other man left, West forced the woman to have sex with him because of crack cocaine.


The woman told police she later accompanied West to an appointment at a Social Security office and called Pewitt while she was waiting in a car.

She told Pewitt she was scared and he advised her to get out of the car and get to safety, the records say.

The Rink – Blackhawks assign Lukas Reichel and eight others to Rockford