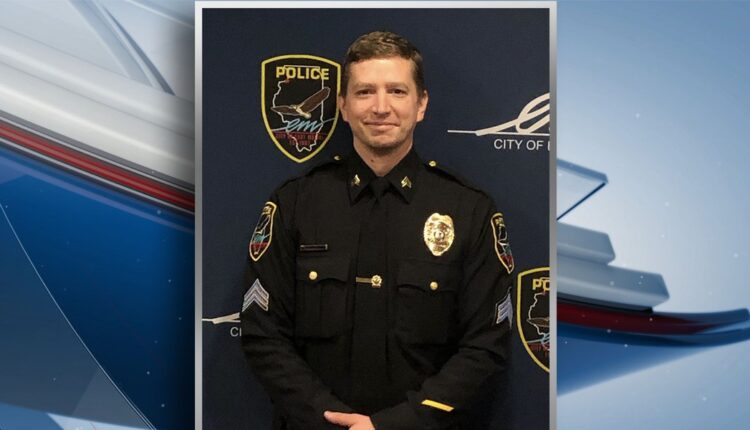 “Sergeant (William) Lind is still hospitalized in the intensive care unit at OSF Saint Francis Medical Center in Peoria, Illinois,” the chief said in a media release. “In speaking with his medical care team, Sgt. Lind’s status is considered ‘critical, but stable, with no prognosis as it is too early to determine.'”

He added, “We would like to thank the continued support from everyone in the community. This incident had an impact on the family, first responders, and community as a whole. We will provide more updates as they become available. Thanks again for the prayers and support, they are making a difference.”

Adrian W. Rogers, 52, is charged with attempted murder and aggravated battery in connection with the assault on Lind.

He also is charged with aggravated arson and residential arson in a separate case that police said happened just hours before the incident involving Lind.

Around 3:40 pm Monday, Rock Island fire and police responded to a home fire in the 1600 block of 12th Street.

A resident was able to get out with no injuries. According to police, the house sustained significant fire damage.

According to police, Rogers went into the home and intentionally set it on fire, and left before firefighters and police arrived on the scene.

According to an affidavit filed in support of a search warrant:

Just after 4 p.m., Rogers went into the East Moline Police Department and spoke with Lind. He left a short time later.

Around 5:05 pm, Rock Island police issued a “probable cause pick-up” for Rogers for aggravated arson.

Around 6:30 pm, Lind found Rogers in the 1900 block of Morton Drive. He made contact with Rogers, who tried to walk away.

Lind tried to tell him that he was not free to leave and grabbed his upper body. Rogers then turned and struck Lind in the face.

Lind fell to the ground and became unconscious. Rogers left him “unattended without providing aid after reviewing said officer’s body-worn camera footage” according to the affidavit.