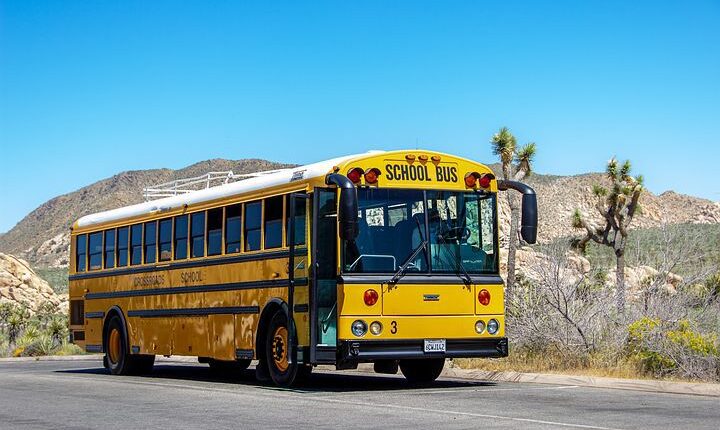 The New Mexico recipients of the EPA’s Clean School Bus Program rebate competition include Dulce, Pecos, Las Cruces, Dora, and Lake Arthur school districts in New Mexico. A total of $4,560,000 was awarded through the Infrastructure Law that passed this year. The grants will help school districts purchase clean school buses that will accelerate the transition to zero emissions vehicles and produce cleaner air in and around schools and communities.

The Biden-Harris Administration announced that through a lottery system, the EPA has selected 389 applications totaling $913 million to support the purchase of 2,463 buses, 95% of which will be electric. EPA will distribute awards to school districts in all 50 states and Washington DC, along with several federally recognized tribes and US territories. School districts identified as priority areas serving low-income, rural, and, or tribal students make up 99% of the projects that were selected. More applications are under review, and the agency plans to select more to reach the full $965 million in the coming weeks.

These awards are the first $1 billion of a five-year, $5 billion program created by the Bipartisan Infrastructure Law. EPA is also designing the next rounds of program funding to launch in the coming months, which will include a grant competition. Through future rounds of funding, EPA will make available another $1 billion for clean school buses in Fiscal Year 2023. EPA encourages school districts not selected in the first round of rebates – and those that did not apply this funding cycle – to participate in future rounds .

Last year, the first operational DC fast charge vehicle-to-grid (V2G) enabled school buses were unveiled in Peoria, Illinois. The two V2G enabled powered electric school buses were delivered to the Pekin Public School District and the Hollis Consolidated School District. This milestone was the first where the V2G technology moved beyond the pilot phase and into full commercial production and operation for the school bus market.

Electric school buses also helped reinforce the electric grid this summer in Beverly, Massachusetts, providing energy and resilience for when the demand is at its highest.

Two Thomas Built Buses electric school buses added more than 7-megawatt hours of energy to the grid. The buses demonstrated viability as a vehicle-to-grid (V2G) resource through 32 grid events this summer, helping reinforce energy needs during some of the hottest days of the year.