Football knocked out of playoffs 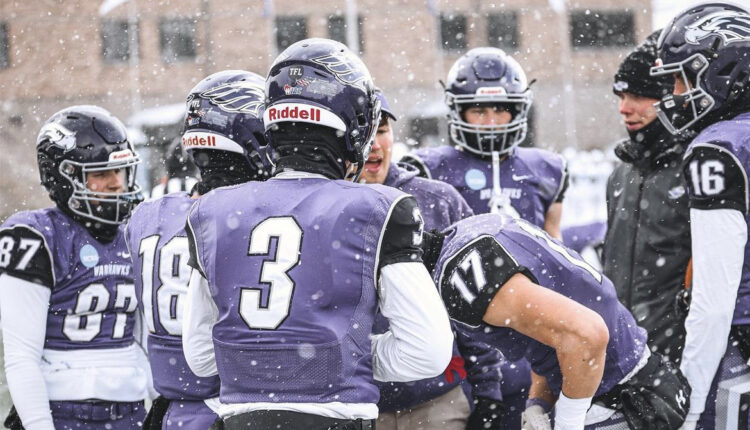 For the first time since 1997 the No. 8 UW-Whitewater football team (8-3) was handed a loss in the first round of the playoffs. The Warhawks fell short of a comeback win against Aurora University (Illinois) (10-1) and were defeated inside Perkins Stadium 33-28.

Aurora, led by head coach and Super Bowl champion Don Beebe, came into Whitewater with high energy. He remarked on the attitude of his team on the previous Sunday during the playoff selection show.

“When Whitewater popped up the room erupted. I knew then that we had the right mindset,” Beebe said. “If you’re going to make a statement and you want to be that team, listen we want to be Whitewater, they’re the program of DIII football, and who better to play in the first round.”

Aurora came into the game with a potent offense, the second highest scoring team and the 11th highest total offense in the nation. The Warhawk defense, though considered one of the best, was not able to contain such high caliber weapons.

“Our goal coming into the game was to make them one dimensional with the run game but we were just not able to shut down their run game,” head coach Kevin Bullis said.

The Warhawks trailed from the get go. Aurora opened the game with a six play 66 yard touchdown drive. On the touchdown reception was Cameron Moore, who finished the game with three scores and 190 yards on nine catches. Aurora quarterback Josh Swanson closed the game with 308 yards on 19 completions, four passing touchdowns and one on the ground.

Aurora running back Jhequay Chretin broke his school’s single season rushing record by going for 130 yards against the Warhawks.

“I would say it was hard to find holes but I have the biggest o-line and I’m pretty short so I can hide behind my o-line and twiddle around until I can find a hole,” Chretin said.

Trailing 21-14 at halftime Whitewater was in need of a spark. The spark came too late.

Aurora was able to create some separation by adding on to their lead. The Warhawks made a final effort late and looked as though they could take the lead after an interception deep in Aurora territory, down by five with fewer than four minutes to play. However Whitewater quarterback Evan Lewandowski severely underthrew his target in the endzone and was picked off by Cason Burress, giving the Spartans the ball and the game.

Lewandowski threw for 262 yards and three touchdowns, one of which came after a botched snap and double clutching the pickup. Steven Hein led the Warhawks with seven receptions for 119 yards.

The Warhawks enter the off season losing their quarterback and a handful of others on offense, the entire offensive line is expected to return.

Though coming to an unfavorable and early ending, the Warhawks garnered 16 All-WIAC honorees not to mention a victory over the defending national champions and earned their 39th conference title.