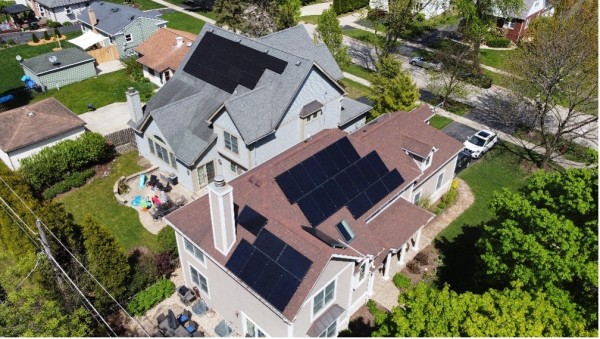 6 offices, 4 states and continuing to expand

Two of the many GRNE Solar installations

GRNE Solar, the Midwest’s premier solar EPC firm, is pleased to announce the official opening of its Central Illinois branch in Bloomington, Illinois.

In addition to the headquarters in Palatine, Illinois, this new office space will make it easier to accommodate the central and southern Illinois customers and will support the company’s growth strategy. Illinois solar continues to grow rapidly with its vast amount of incentive and environmentally forward-thinking homeowners.

“With the new passage of the Clean Energy Jobs Act (CEJA) at the end of 2021, we are expecting there is going to be an uptick in demand for solar,” said Eric Peterman, CEO. “We chose the location of Bloomington because it’s a nice central location in the state of Illinois. It is also geographically strategic by allowing us to service the major markets within central and south Illinois.”

There has been an increased demand and interest in solar in the central and southern parts of Illinois. This new office will help grow presence throughout Illinois.

Since 2012, GRNE Solar has been designing and installing commercial, residential, and utility scale solar systems throughout the Midwest. Their full-service team includes consultants, engineers, project managers, electricians and solar installers. Collectively, they have over two decades of renewable energy and green construction experience. GRNE Solar has proudly generated over 15 GWh of clean renewable energy.