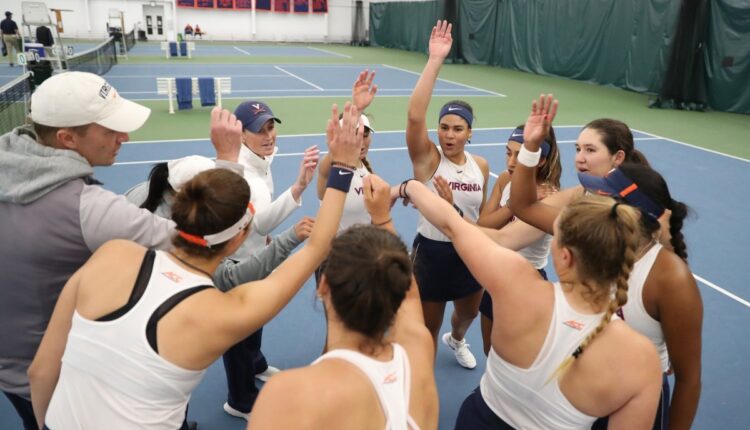 No. 5 Virginia women’s tennis swept Princeton 4-0 to advance to the Super Regional round of 16 at the NCAA Women’s Tennis Championship on Sunday afternoon at Boar’s Head Sports Club.

The Ivy League Champion Tigers gave the Cavaliers all they could handle in doubles action. UVA’s team of Elaine Chervinsky and Natasha Subhash defeated Princeton’s Daria Frayman and Nathalie Rodilosso 6-3. On court 3, Sofia Munera and Amber O’Dell outlasted Zoe Howard and Neha Velaga for a 7-5 victory to clinch the doubles point for Virginia. Munera and O’Dell’s win was critical, as the court 1 matchup between UVA’s Emma Navarro and Hibah Shaikh and Princeton’s Grace Joyce and Maia Sung was tied at 5-5 when play was suspended.

Just as she did in Saturday’s first round match against Youngstown State, Hibah Shaikh clinched the victory for Virginia by defeating Zoe Howard 6-4, 6-2.

Virginia (22-5) is set to host No. 12 seed Oklahoma State in the Super Regional next Saturday at 1pm at Boar’s Head Sports Club. The winner will secure a trip to the finals on May 20-22 in Champaign, Illinois.

With both the UVA men’s and women’s teams advancing to the Super Regionals, Virginia is the only school to have both of its teams hosting a round of 16 match.

What They’re Saying: Experts Love Jelani Woods to the Colts