Hanging up the jersey: What happens when God calls an athlete away from sports? 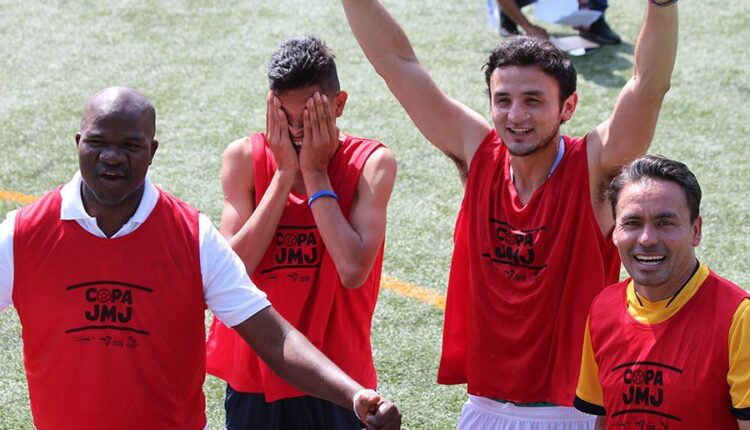 “We admire people that are willing to get up every day and do the hard things and to keep going and to persevere and to battle through things. And that persistence has helped me so many times. I’ve had so many times in religious life where I’d had memories of being on the volleyball court and pushing through.”

The danger, she said, comes when a person perceives his or her life’s identity to be as an athlete, rather than as a child of God. Because ultimately, she said, everyone’s athletic ability will “pass away.”

“Not to be morose about it, but there will be a day when every single one of us is not an athlete anymore,” Heidland said.

“I’ve had to wrestle through it myself: If Christ is not the center of my life, something else will be. And my life will rise and fall based on how I do on the athletic field, what my social media count is like, whether somebody likes me or not, whether I’m doing well in my job. And I mean, yeah, those things are going to affect us, but they will pierce our identity if our identity’s not in Christ.”

Heidland cautioned against families getting so wrapped up in sports that it detrimentally affects their practice of the faith — they begin missing Sunday Mass, for example.

“Because sport is going to pass away. You blow out your knee, or you don’t make the top elite team, they’re done with you. It’s a system, it’s a business… so if I’m not really clear about who I am and what I’m about, it’s going to be very difficult.”

‘I wanted to be great at something’

Father Chase Hilgenbrinck, a priest of the Diocese of Peoria, Illinois, serving in his second year as vocations director, played soccer in college and at the professional level. He grew up in an athletic family and as a child idolized famous athletes such as basketball legend Michael Jordan.

“Growing up, I was just kind of like any other American kid who just wanted to be great at something,” he recalled to CNA. The priesthood was not at all on his radar.

At Catholic News Agency, our team is committed to reporting the truth with courage, integrity, and fidelity to our faith. We provide news about the Church and the world, as seen through the teachings of the Catholic Church. When you subscribe to the CNA UPDATE, we’ll send you a daily email with links to the news you need and, occasionally, breaking news.

As part of this free service you may receive occasional offers from us at EWTN News and EWTN. We won’t rent or sell your information, and you can unsubscribe at any time.

After playing soccer at Clemson University, Hilgenbrinck played professionally in Chile before joining Major League Soccer in the US He ended up playing for the New England Revolution in Massachusetts.

At first, he wanted nothing to do with the priesthood. Previous instances when people had told him he would make a good priest had gone “in one ear and out the other.”

Hilgenbrinck started to hear and respond to God’s call to become a priest when he realized the various “jerseys” that he wore throughout his life weren’t bringing him the fulfillment he truly desired. But when Hilgenbrinck first heard the call to become a priest, he said he wasn’t living as an “authentic Christian man”; he described himself as spiritually “still a boy.” He wanted to be a soccer star, not a priest of Jesus Christ.

“So often in life, we believe… that we even have greater desires than God hath for us. ‘Why isn’t he fulfilling my desires?’ I feel like I desire more than he desires, which is a false premise, and it’s a misconception,” Hilgenbrinck said.

“We start to cover our lives with things, because we’re afraid that God’s not going to show up. So we start putting on jerseys,” he said.