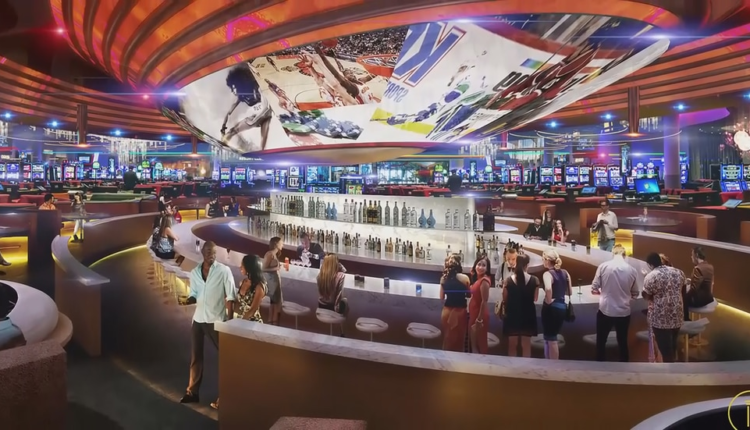 BELOIT, Wis. (WIFR) – Plans are in motion as the city of Beloit gets the green light to set aside more than 30 acres of land for the Ho-Chunk Nation casino.

Leaders say the anticipation they felt for the past four months was worth it for this moment when they received final federal approval from the Bureau of Indian Affairs Friday.

After decades in the making… The Ho-Chunk Nation’s Beloit casino project inches closer to becoming a reality. Public Relations Officer Ryan Greendeer says now that the hard part is over, the fun can start.

“It’s a real opportunity that will take to ride that wave of collaboration, ride the wave of the partnership, and you know, especially after the pandemic, you’ll see the economic recovery go more toward this economic boom of investment here,” says Greendeer.

“This entire project is going to be an economic engine, not only for the city of Beloit proper, the for this region as a whole. And so I cannot be more excited to have this final approval of land being placed into federal trust,” says Beloit City Manager Lori Curis Luther.

Beloit isn’t the only city racing to open a permanent casino as Hard Rock: An Opening Act plans to break ground this summer. Rockford Casino President Geno Iafrate congratulates the new neighbors in a part of a statement he released Friday:

“Since opening in November, Rockford Casino—A Hard Rock Opening Act continues to experience month-over-month growth, bringing entertainment, jobs and tax revenue to Rockford and the state. We are finalizing plans for the new Hard Rock Casino Rockford and are excited to break ground this summer. We know the Hard Rock brand and signature amplified service will continue to attract visitors worldwide. Congratulations to the Ho-Chunk Nation and the Beloit region. Welcome to the neighborhood!”

Beloit leaders say the Ho-Chunk casino is a win all around.

“With this project, I think we’re going to see it continue for several more years,” says Greendeer.

The city and Ho-Chunk Nation will negotiate a development agreement to move forward with infrastructure plans. Leaders say they do see construction on the horizon.

Development plans call for a casino hotel and convention space, along with other entertainment options like a waterpark, restaurants, and retail spaces.