IceHogs tame the Wolfpack with 3-2 win 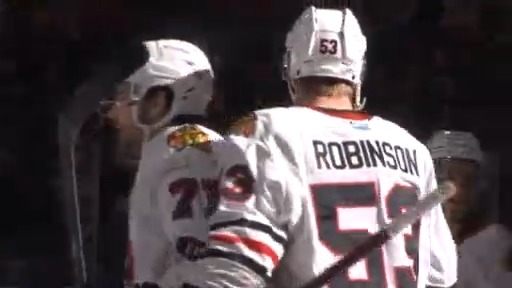 Hartford defenseman Matthew Robertson jumped on a loose puck from a faceoff and fired a wrister from the high slot over the head of IceHogs goalie Dylan Wells at 17:07 to end the scoreless first period.

The IceHogs dominated the Wolf Pack despite being outshot 17-9 in the sandwich period. Catching a Tic-Tac-Toe pass from IceHogs forwards Teply and Josiah SlavinRockford defenseman DJ Busdeker tied the contest 1-1 with a wrist shot behind Hartford netminder Dylan Garand at 5:36.

Going on their only power play of the night, forward Luke Reichel pulled the attention of the Wolf Pack in the slot and shuttled a pass to a wide-open Teply in the right circle, setting up a one-timer blast and taking a 2-1 lead at 6:32.

Hartford forward Turner Elson snuck a loose puck in the crease past Wells and evened the score 2-2 at 8:53; however, IceHog’s defenseman Philip Roos took back the momentum after weaving through the Wolf Pack in the slot and punching the puck over the shoulder of Garand at 19:26 to take a 3-2 lead heading into the middle intermission. Tensions rose throughout the final stanza, but the IceHogs defense denied all of Hartford’s 6-on-4, empty net attempts in the latter stages of the third period. Facing an avalanche of 40 shots throughout the night, Wells turned away 38 including a fully extended diving stop to seal Rockford’s 3-2 win. Garand faced 25 shots and totaled 22 saves but was tagged with the loss.

For highlights watch the media player above.