Illini defense gets stronger with addition of Alex Bray 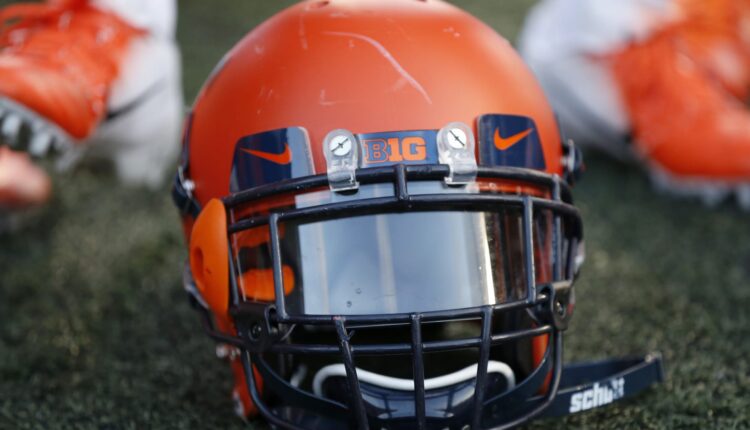 Illinois football has recruiting momentum, and we built on that momentum on Monday.

Coming off the weekend in which the Illini didn’t play a game and moved up to No. 17 in the country, Bret Bielema and his coaching staff were able to add to the class of 2023. This was a class that already had 17 commitments prior to Monday, with the most recent commitment being from top 1000 talent, Saboor Karriem.

Bielema isn’t anywhere near finished adding to the 2023 class, though. On Monday, Illinois was able to add a nice piece to the defense in the form of Alex Bray.

Bray is a 6-foot-4, 250-pound edge rusher out of Marquette Sr. High School in Chesterfield, Missouri. He is rated as a three-star recruit and ranked as the No. 1648 player in the class of 2023. Bray is also the No. 125 edge rusher in the country and the no. 31 player coming out of Missouri.

Depth is important for the success of the Illinois football program.

Commitments like Bray’s will fly under the radar with most fans. He isn’t a player who is going to suit up and contribute in the first year or so. But this is a depth addition for the Orange and Blue.

The recruitment of Bray was quick. Illinois offered him a scholarship last weekend, and he pounced on the opportunity to play for the current Big Ten West-leading Illinois.

There is a lot to love about Bray’s game as well. The physical size is impressive. He is a monster coming off the end of the line, and this causes chaos in the backfield. I love Bray’s ability to get off the line quickly as well. He gives offensive tackles a tough time with his quickness.

I wouldn’t be shocked to see Bielema develop Bray into a starter for the Illini down the road. I genuinely get JJ Watt vibes from Bray. Watt was a two-star recruit coming out of high school and ended up playing two seasons under Bielema. Hopefully, we’ve just landed another under-the-radar talent in Bray.