Inside the Countryside and Small Towns of the Midwest 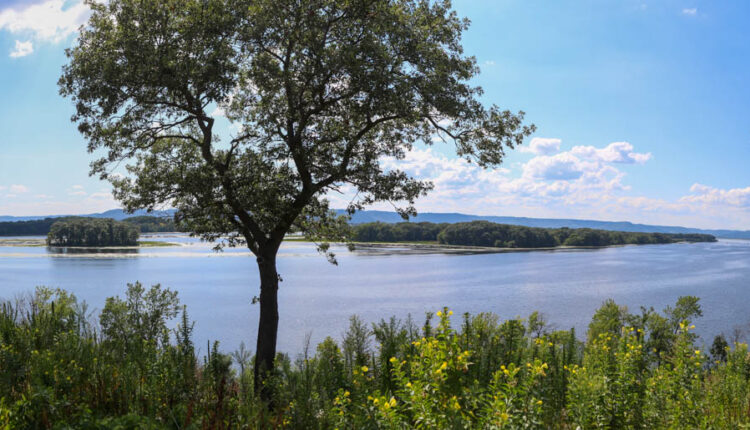 We enjoyed the cities we visited in the Midwest, as I detailed two days ago. That said, we drove somewhere around 2,500 to 3,000 miles and much of that was outside of cities. We enjoyed every mile (except maybe the 120 or so trying to get to Davenport, Iowa after a meal rendered my stomach a chamber of horrors). Riding through the states we visit is one of our pleasures. We also visited some small towns and enjoyed adventures in the countryside.

The trip started with a drive to Cincinnati, which involves driving directly north through Kentucky. We’ve loved the drive for years, as we’ve traveled to Lexington. From Cincinnati, we drove west across Indiana, skirting the south side of Indianapolis and traveling through to Bloomington, Illinois. From there we drove north to a home outside Mt. Horeb where we would spend three of the next four nights. 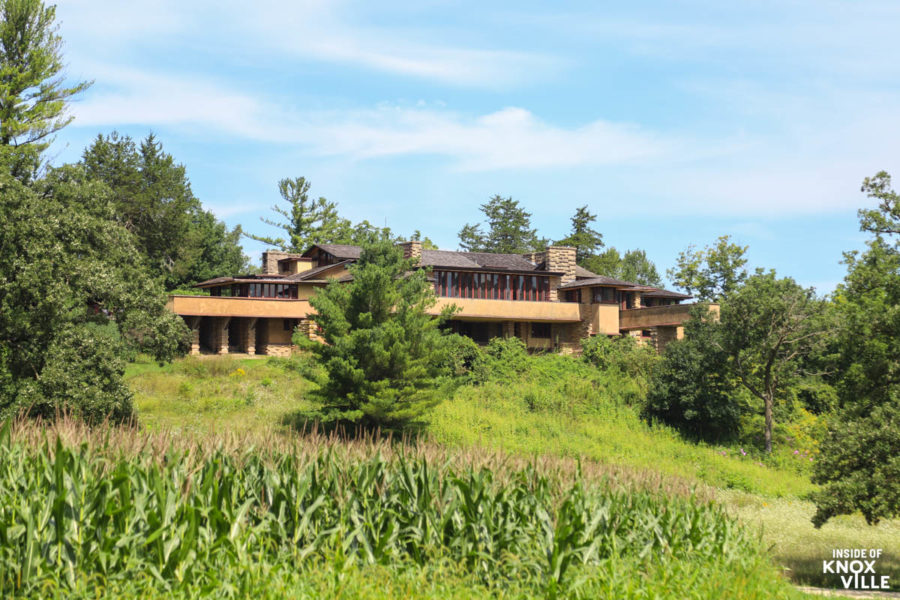 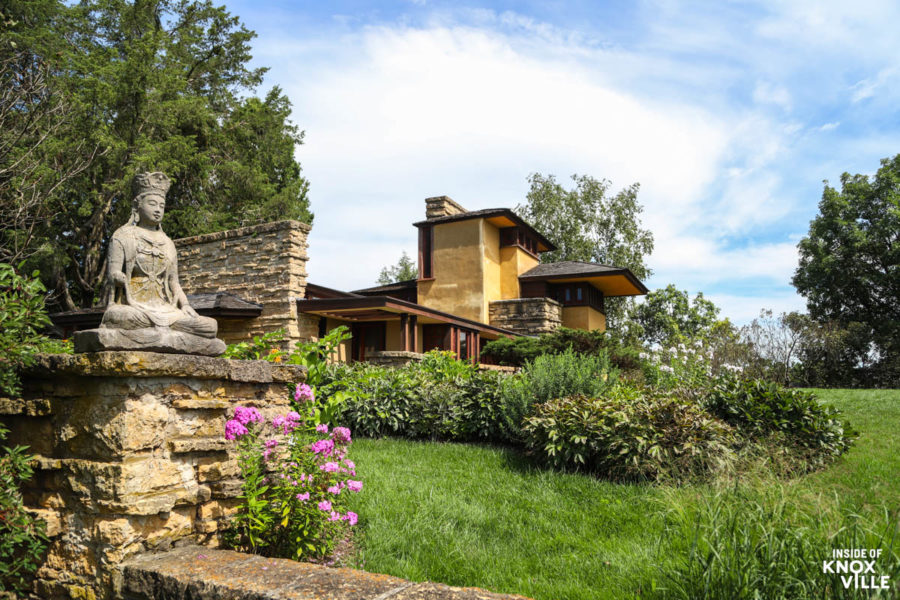 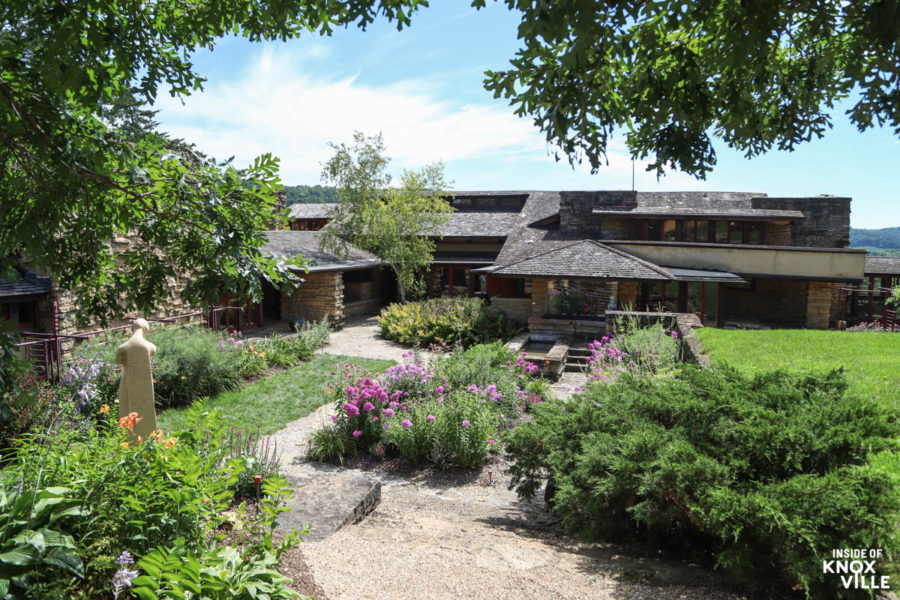 Neither of us had ever been to Indiana or Wisconsin, and Urban Woman had never been to Illinois. Driving so far across the country is always a reminder to me of the vastness and beautify of our country. It’s difficult to describe the amazing sight of corn literally stretching to the horizon in every direction. Broken only my small homes adjacent to barns, sometimes surrounded by a copses. That so much of the nation and the world’s food come from this place was humbling. It’s beautiful country.

Also catching our notice was the long miles with no billboards or trash beside the road. With few exceptions for occasional advertising, that would be the case on almost the entire trip. It allowed for a greater appreciation of the countryside that I wish visitors to Tennessee could enjoy. We got off the Interstate for the last leg of the drive as the flat lands gave way to rolling hills in southern Minnesota. 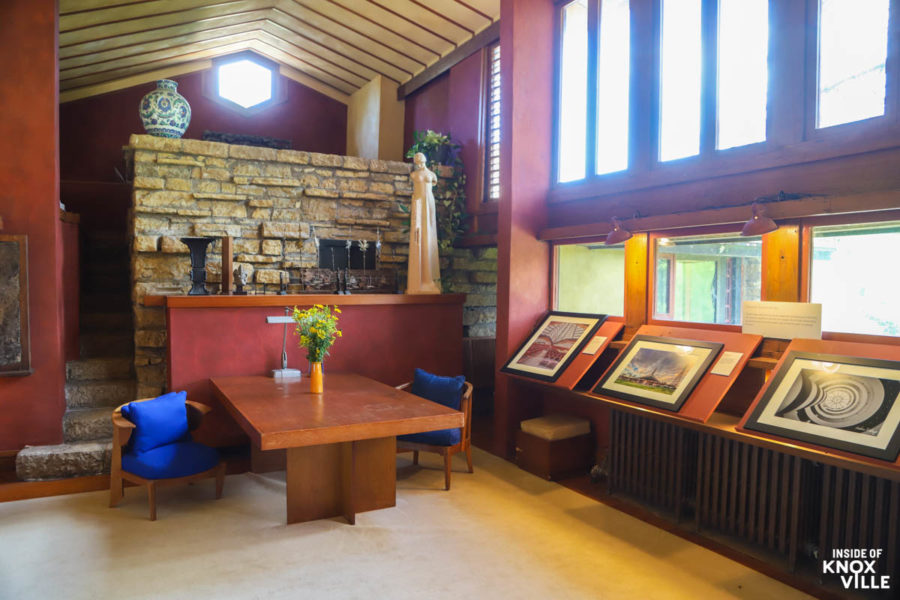 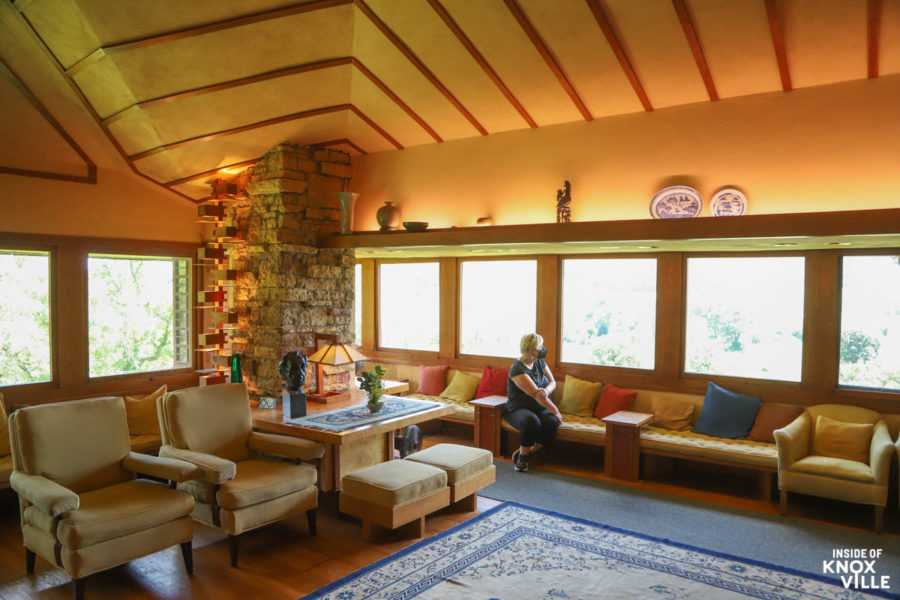 We also began to see the political signs — some even in the edges of cornfields. There were many pro-gun signs, Trump signs, religious signs, and small signs for conservative candidates. The political bent in the rural areas matched our own southern rural areas. Seeing the vast sections of country so consistently conservative makes it hard for me to imagine state legislatures and perhaps the US House of Representatives ever being in Democratic hands again as long as the rural/urban divide remains so starkly defined politically.

On our first day in Mt. Horeb, we drove to Frank Lloyd Wright’s beautiful Taliesin. The spot has been preserved with a number of buildings designed by Wright, including his own home. What I knew about his work prior to our visit could be summarized in a sentence or two, but the four-hour tour of the home, grounds and other buildings helped us understand his work better. We hope to make it to some of the other significant Wright spots across the country. 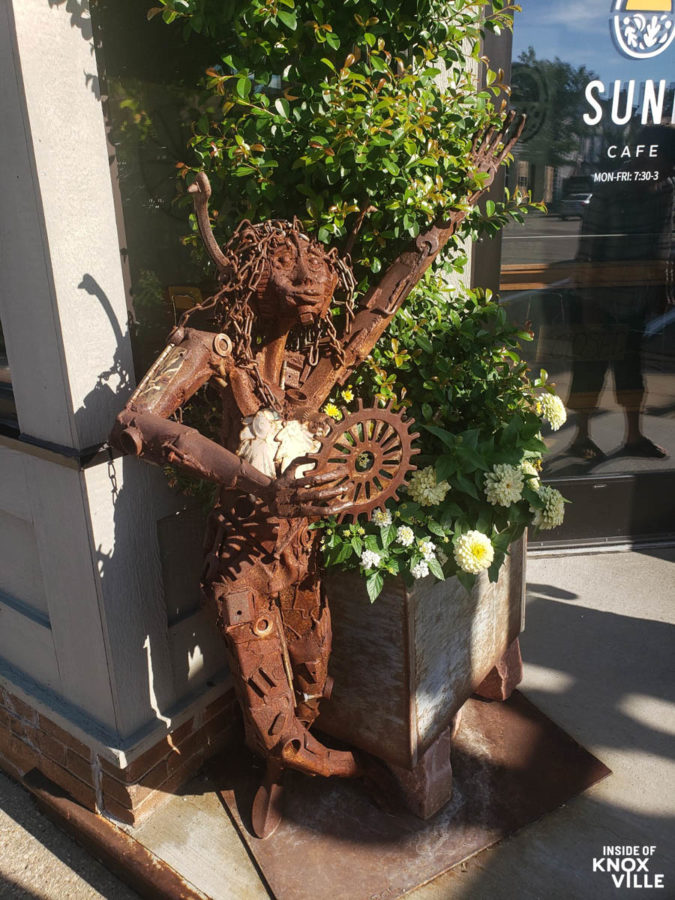 That evening we drove into Mt Horeb proper and enjoyed a walk around the town and a good dinner at Brix Cider. We were introduced to the Trolls who have lived in Mt Horeb for over forty years. Mt. Horeb is now officially the troll capitol of the world, as it turns out. We enjoyed looking at the homes in town and began noticing there that a good many people in that part of the country display the flags of their family’s country of origin, so we saw lots of Norwegian flags, as well as Swedish and German.

That evening we sat outside on the prairie and watched the stars. I can see some stars from my balcony in Knoxville, but I had so forgotten the number of stars I could see when, as a small child, I’d stay with my grandmother in the country. If anything, the number of visible stars was even greater in the north. The cool air and bright stars were a perfect change of pace from summer in the city. 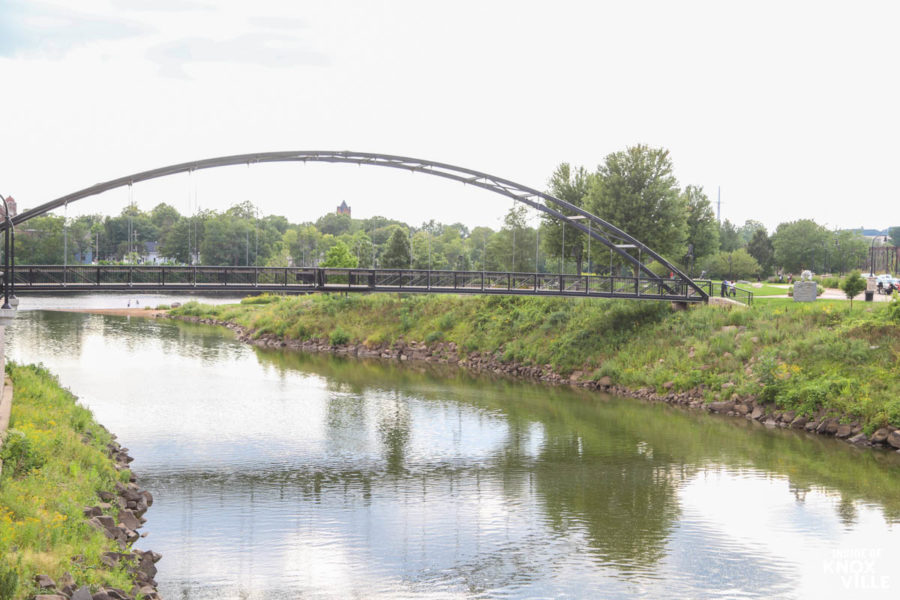 When our time ended in the Madison area, we drove north to Eau Claire, Wisconsin for a night. Why Eau Claire? The name was pretty and it was in the direction we wanted to travel. It was a sweet town that seemed to be struggling. Lots of storefronts were boarded. That said, there was some construction afoot and the town was really trying. They had a trail of sculptures running through downtown and the lights at night were pretty. Music played on the streets via speakers on light poles to give it a festive atmosphere.

I’ll have more on our time in the North Country in my final article in this series, but suffice to say for this one that the drive north to Duluth, out to Hibbing and, on the following day up the north side of Lake Superior toward Canada was beautiful. The trees are different up there and the countryside is as delightful in August as it must be austere in January. 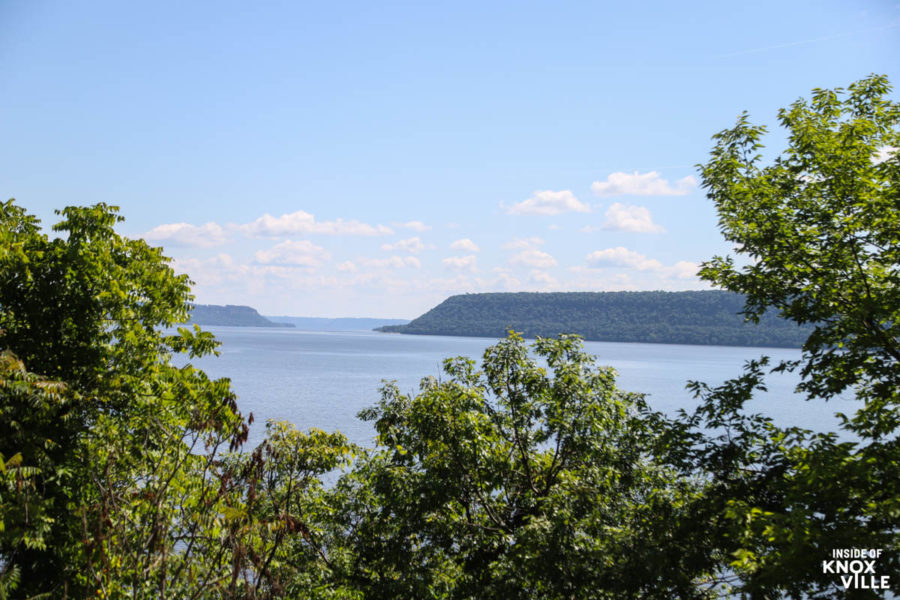 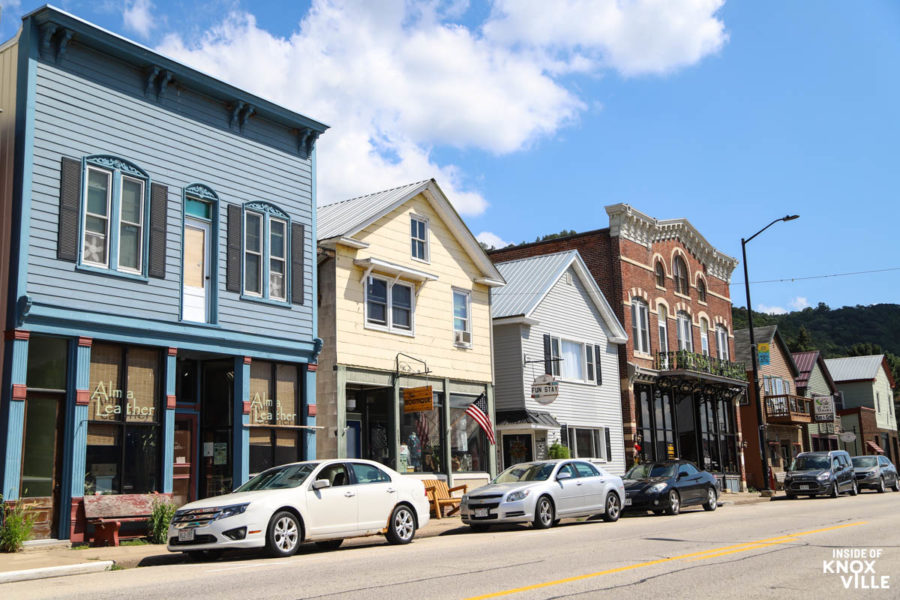 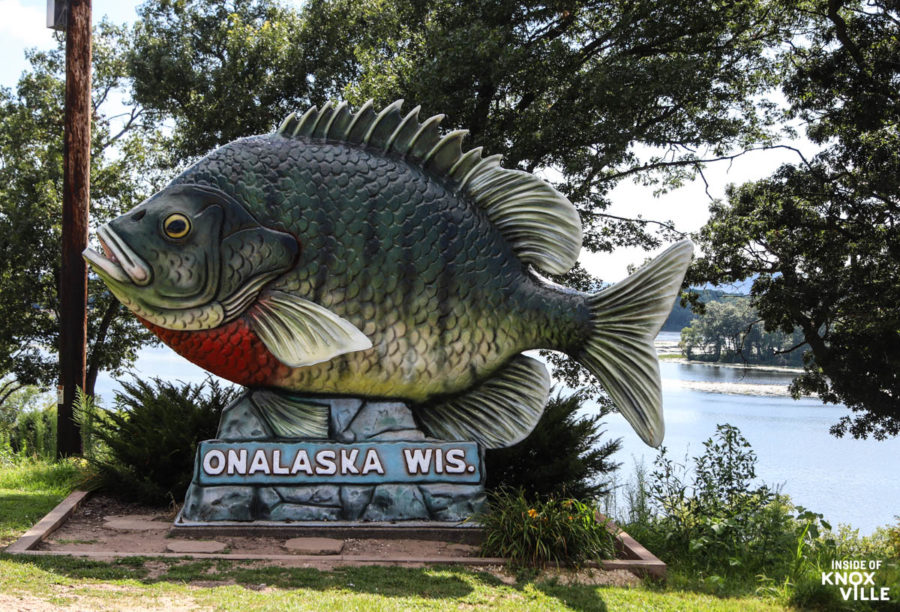 From there we drove south to Minneapolis, before heading south along the Mississippi River. It was the rare moment on the trip in which we abandoned GPS charted our own course. We took highway 61, 35, and others and drove through beautiful small towns located on the bluffs overlooking the early stages of the river. The bluffs and the river we gorgeous and it made for a great, though long day of driving.

We targeted Prairie du Chien as a place to stop for dinner. Why? Because it sounded pretty. Unfortunately, we only found one place that seemed a possibility for a good meal and it wasn’t. Maybe towns picking by their names isn’t a good plan, after all. I was miserable for several hours after that.

Following a night in Davenport, Iowa, we drove back across Illinois and into Indiana, veering south from Indianapolis to Louisville and then home. We made sure to play John Mellencamp as we drove through Indiana. We didn’t see any Little Pink Houses, but we did see a lot of America and loved it all.

Give blood this Labor Day Weekend