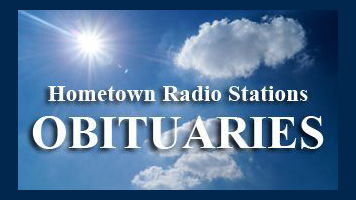 The son of Ira Bain and Ruth C. (Russell) Palmer, he was born March 22, 1938, in Indiana, Pennsylvania. Mr. Palmer taught music and was the band director at Conemaugh Valley School District, before returning to college to earn his master’s degree. James then became a professor of sociology at Edinboro University, where he retired in 2001. He enjoyed ballroom dancing and was an active member of the Indiana Ballroom Dance Club (“IBDC”). His hobbies consisted of antique cars, tennis, golf, traveling, and singing, where he sang in the choir at Calvary Presbyterian for many years.

James is survived by his wife, Elaine Palmer, whom he married on April 15, 2003; stepchildren, Shawn (Sarah) Foster of Bloomingdale, Illinois and Kristen (Ricky) Hathaway of Pittsburgh, Pennsylvania; grandchildren, Mackenzie, Kai, Ocean, and Faith Foster, Ian and Journey Hathaway; one brother, George (Teresa) Palmer of Bloomington, Illinois; two sisters, Dorothy Palmer of Indiana, Pennsylvania and Ruth Vondra (Jim Radtke) of LaGrange, Illinois; one sister-in-law, Valerie Palmer, married to the late Bain Palmer Jr. of Marion Center, Pennsylvania; various nieces and nephews; and Precious, his cherished rescue dog. James was preceded in death by his parents (Ira and Ruth) and his brother (Bain Palmer Jr.). As a registered organ donor, Jim’s organs will be donated to the Center for Organ Recovery & Education (“CORE”), to be used in medical research.

Funeral arrangements are private and under the direction of Evergreen Cremations, Inc., located in Indiana, Pennsylvania. Memorial contributions can be made to Four Footed Friends, in remembrance of and to honor the life of James R. Palmer. Donations can be made directly on their website at: fourfootedfriends.org or mailed to: 220 Beck Road, Indiana PA 15701

Online condolences may be made at: evergreencremations.net .

Don’t Drill Your Own Teeth! And Quashing Other Rotten Dental Advice on TikTok