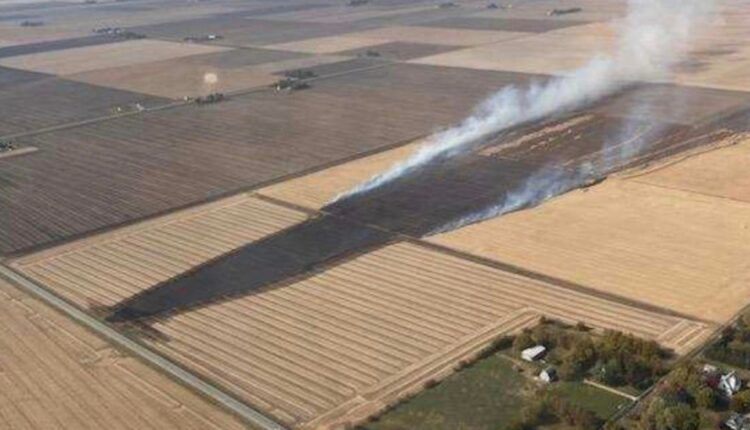 ALLERTON, Ill. (WCIA) — A large fire burned through a cornfield on Saturday.

It happened on the 200 North and 2800 East in Allerton near the Vermilion and Champaign County lines.

The Allerton Fire Chief said the fire burned in a “V” shape through the standing corn. He said it took two hours to put it out with the help of 12 fire departments.

Winds were blowing at the time of the fire, and dry conditions made it worse.

The fire chief said no one should be burning anything in these conditions since it doesn’t take much for a spark to turn into a fire.