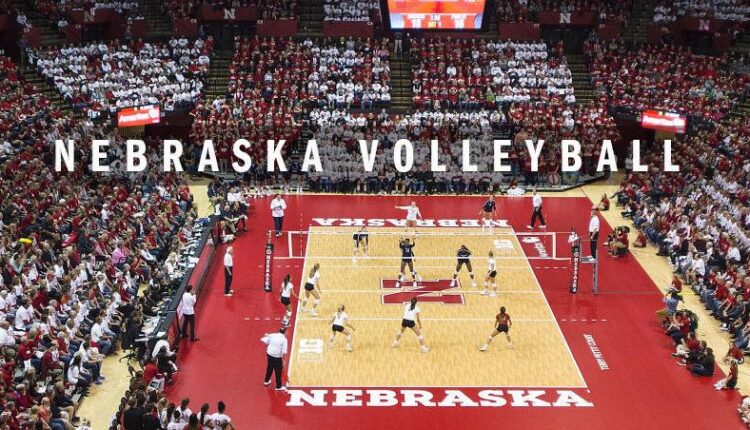 Whitney Lauenstein had 13 kills, Nicklin Hames became Nebraska’s school-record holder for career assists and No. 3 Nebraska rolled in a 25-14, 25-16, 25-22 win against Illinois on Saturday in Champaign, Illinois.

During the second set of Saturday’s match, Hames took over the Nebraska career assists record, with Hames now setting at 4,835 over five seasons. The record-breaking assist came via a kill by Lauenstein.

Hames began the season at No. 2 on the career assists list. The longtime record holder was Fiona Nepo (1995-98).

Hames had a strong all-around match on Saturday with 20 set assists, 13 digs and one ace serve.

The Huskers have swept six Big Ten matches in a row for the first time since joining the conference in 2011.

Now comes one of the biggest matches of the regular season, with the Huskers playing at No. 5 Wisconsin on Wednesday. The Badgers are 8-1 in the Big Ten, just one match behind Nebraska.

Nebraska will try to end an eight-match losing streak against the Badgers that includes the national championship match last season.

Nebraska coach John Cook said Wisconsin is just the next opponent during a tough Big Ten season, while still acknowledging that the Badgers and Ohio State are Nebraska’s closest competitors for the Big Ten title.

“We’ve got to find a way to get over the hump,” Cook said on the Huskers Radio Network.

Nebraska’s 18-1 start to the season is its best since 2016, when Nebraska went 26-1 before losing its second match during the final week of the regular season.

Lauenstein had a great start to the match with kills on seven of her first 10 attempts. She did a good job of mixing in some off-speed shots to the center of the court, along with her normal power swings.

“Whitney was on fire,” Cook said.

Nebraska had a strong start to the match, finishing the first set with an 8-1 run to win the set 25-14.

In the closer third set, Nebraska wasn’t as strong in serve-receive, allowing Illinois a chance to extend the match before a kill by Kubik finished off another sweep.

It was another good match for Nebraska, Cook said.

“The first two (sets) I felt like we dug everything,” he said. “I think that really frustrated Illinois. And not only did we dig it, we transitioned for kills.”