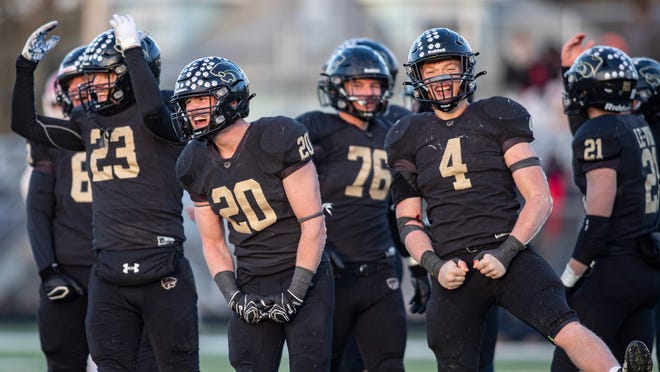 Looking for the game preview? IHSA Class 1A championship breakdown

Le-Win’s defense is coming up big time and time again, holding Central to 54 yards rushing and 21 yards passing in the first half. Gage Dunker has 75 yards and a pair of TD runs on 12 carries to lead Le-Win into the halftime locker room up 16-0.

Le-Win’s stingy defense comes up big again, stuffing Central on a 4th-and-4 play on the 14 yard line to take over on downs again. That’s the second stop on downs for the Panthers’ D, which also has an early interception.

In dominant fashion, Le-Win drives 50 yards in 10 plays and Gage Dunker charges in for his second TD of the game. The Panthers appear to be in control right now.

Using lots of Gunar Lobdell and Jake Zeal, Le-Win is driving for another score as the first quarter ends. Le-Win is on the Central-37.

Gage Dunker snatches an interception, and Le-Win, up 8-0 already, is back in business.

After Central fails to make it on a fake put, Le-Win drives down and takes the early lead.

IHSA football: All the playoff pairings, schedules and scores