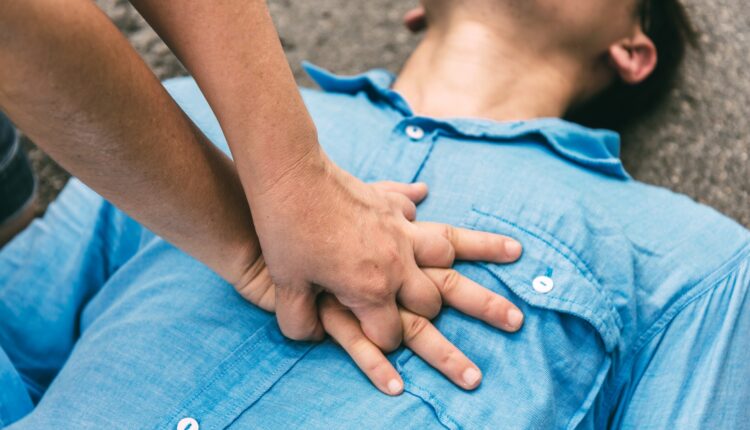 Buffalo Bills player Damar Hamlin survived sudden cardiac arrest after he collapsed in the first quarter of Monday night’s Bills game against the host Cincinnati Bengals because of quick action by the medical team. CPR was initiated just minutes after Hamlin made a tackle, got up, but then collapsed.

On the field, Hamlin was also given oxygen, and an automated external defibrillator was used to save his life. The device analyzes a heart rhythm and will deliver an electrical shock if necessary.

Hamlin, who was sedated, awoke 48 hours later in a Cincinnati hospital and scribbled a note that read, “Did we win?” according to media reports. Sudhir Mungee, MD, an interventional cardiologist with OSF HealthCare Cardiovascular Institute in Peoria, Illinois says those immediate measures on the field allowed Hamlin to survive the sudden cardiac arrest.

“So, two things that as a common citizen we all can learn is effective CPR and number two, to know how to use an automatic external defibrillator (AED). At most of the common places whether schools, colleges, business places, we have the presence of an AED. I think it is important to know how to use an AED because the earlier you can restore the rhythm from ventricular fibrillation to sinus rhythm, regular rhythm, the higher the chances of recovery.”

There is a free smartphone app called pulse point that acts as a community registry to identify where AEDs are located and specifics to identify where they can be found in case of emergency. The American Heart Association regularly offers CPR and AED training.

Hamlin remains in critical condition, and the cause of his cardiac arrest remains unknown. Still, his doctors say his recovery is remarkable and that his communication indicates he could be “neurologically intact.” dr Mungee points out, heart attacks from blocked arteries commonly cause out-of-hospital cardiac arrest, but in absence of heart attack, structural heart disease such as cardiomyopathy are among common causes of cardiac arrest.

In athletes, “Hypertrophic cardiomyopathy. (That’s having a) very thick heart muscle, which is more prone to electrical disturbance, especially during strenuous activities.”

dr Mungee says cardiomyopathy could be inherited or brought on by a recent infection. There are other structural heart abnormalities that might not have been detected by the NFL’s physical. The football league’s exam does include an electrocardiogram (EKG) which records the electrical signal from the heart to check for different conditions.

If other causes are ruled out, Dr. Mungee thinks, although rare, something called commotio cordis (kuh-MOH-dee-oh KOR-dis) could be responsible for Hamlin’s cardiac arrest. This happens when blunt force hits an area of ​​the heart at precisely the vulnerable moment between heartbeats.

“So about 10 to 30 milliseconds – if the impact happens during that risk window in that segment of the heart, with impactful energy, it can certainly lead to irregular heart rhythm, which is called ventricular fibrillation, Dr. Mungee explains. “Now, many times, it can resolve spontaneously, but if it doesn’t, ventricular fibrillation will lead to sudden cardiac arrest and collapse.”

Younger individuals are more susceptible to comotio cordis because, as Dr. Mungee points out, their chest wall is typically thinner.

What happened to Hamlin stunned fellow players and everyone watching the Monday Night football game. It also, no doubt, has raised concerns for parents of children who play high-contact sports. dr Mungee says this incident highlights the important role coaches play in protecting athletes.

“There is a tremendous role of your sports coach. For example, the coaches train our kids and athletes to know how to dodge the ball. If there is a pitch, how to avoid impact on the front of the chest, how to appropriately wear protective gear. That’s very important.”

As for his recovery, Dr. Mungee says it could take weeks or months for Hamlin to be restored to good health. How long will depend on damage to Hamlin’s vital organs, including the brain. He says neurological recovery leads the path for recovery of the rest of the body because it impacts all cognitive and motor functions.