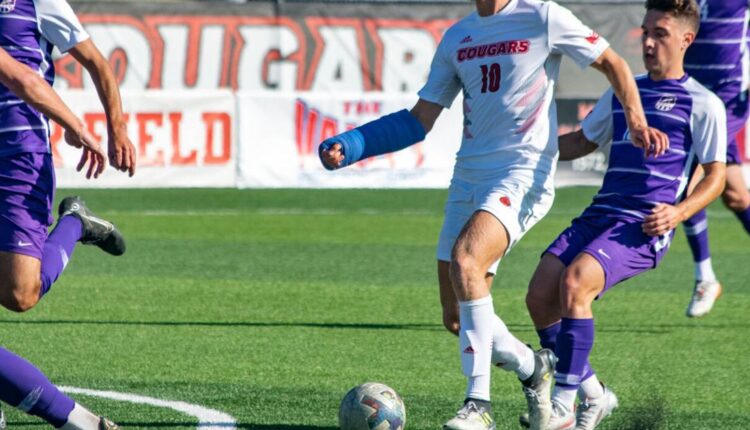 The Cougars played their second home game against the Evansville Purple Aces in the Missouri Valley Conference, which resulted in a 2-1 loss for SIUE.

The previous game againsst Evansville resulted in a 2-0 loss for SIUE after a hard fought match from both sides.

The Purple Aces scored 12 total shots, six of which were on goal, while the Cougars attempted eight total shots with five of them being on goal.

The Cougars’ goal was scored at 09:36 of the game’s first period by the Cougars’ junior midfielder Oskar Lenz from Hamburg, Germany.

Nine fouls were called against the Purple Aces while seven were called against SIUE, with a red card handed to Cougars’ sophomore midfielder Myles Sophanavong, from Peoria, Illinois, at 53:35. This caused the team to play with one less player for the rest of the game, resulting in 10 men carrying on until the end of the second period.

The Cougars play their next away game at 7:00 pm on Wednesday, Oct. 29 against Bradley University.

The Structure of Space According to the General Theory of Relativity