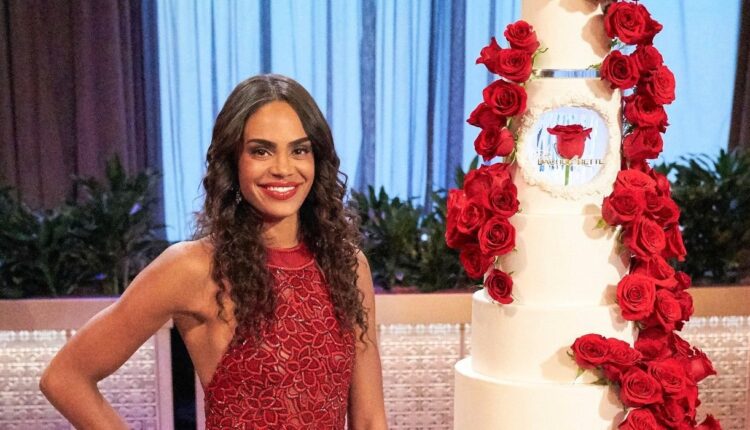 Bachelorette star Michelle Young sends love to teachers on World Teachers Day. She talks about her career as a primary school teacher.

Michelle Young, the upcoming lead role The BacheloretteOn World Teachers Day, she sends love to her fellow teachers. Prior to appearing on Matt James’ season of The Bachelor, Michelle was an elementary school teacher teaching both fourth and fifth grades in different schools. She often spoke about her experiences as a kindergarten teacher.

In 2015, Michelle graduated from Bradley University in Peoria, Illinois with a degree in Elementary Education. Throughout her college career, she was an eminent undergraduate athlete and received high marks that earned her the Bradley Athletic Director Honor Roll for all eight semesters. She was also a star on the school’s women’s basketball team. Fans of The Bachelor were quick to notice that Michelle broke the mold of a typical reality TV contestant. She also impressed Matt with her grace and elegance, which brought her to Finale 4 of the show. For her hometown date, she brought some of her students over to virtually meet Matt. When she saw the tears on the screen, she revealed her love for her job and the children. They returned that love. She finished second, and Matt picked Rachael Kirkconnell at the end of the season. Michelle’s goal was not to earn fame and followers, but to change the world.

On World Teachers Day, which took place on October 5th, the Bachelorette’s Instagram page paid tribute to the teachers with Michelle. She talked about her career and revealed what motivates her as an educator. When asked what made her want to become a teacher, Michelle said, “I grew up with a lot of teachers where I was in their classrooms and started working with kids at a young age, and I fell in love with them and knew it was exactly what I wanted to do. ” Michelle takes her role very seriously because she knows the impact teachers have on the future. She said, “My favorite part as a teacher is the ability to shape future minds and inspire them to find out what inspires them.”

Her path has taken her in a different direction, but Michelle explained how she was prepared as an educator for the Bachelorette. She explained, “When you walk into the classroom, every day is different and you really don’t know what to expect and you have to go with the flow. And while I’m on this journey, I know that I’m going to accept the surprises and everything that will come each day. “As previous seasons have shown, the show’s participants bring challenges, conflicts, and satisfaction with them. As As a teacher, Michelle is used to a constantly changing, fast-paced environment in which she has to adapt to many personalities and situations.

Michelle sent love greetings to her fellow teachers on World Teacher Day. Teaching is an often underestimated profession, so Michelle’s words are particularly telling. As she moves to the top of the class as The Bachelorette, fans can look forward to her teaching and learning her life lessons as she seeks her true love.

The Bachelorette Premiere on October 19th at 8 p.m. on ABC.

Next: Bachelorette: Clare Crawley is officially done with Dale Moss

90 Day Fiancé: What We Know About Michael Jessen Foreclosure

Rockford football wins share of the championship with a 43:12 victory | Sports