Mild stretch to continue into the weekend 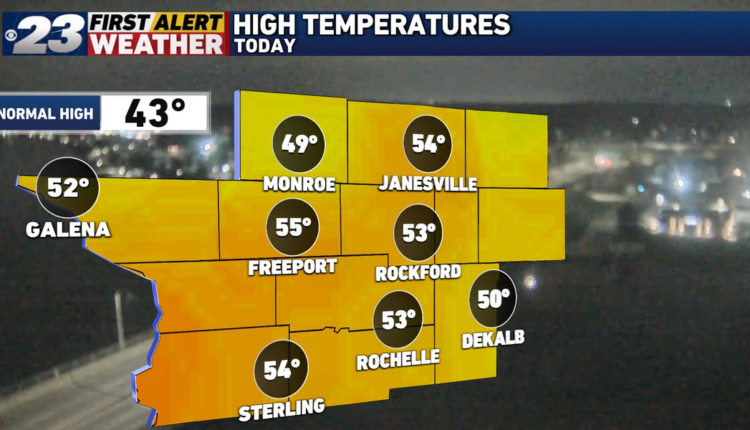 ROCKFORD, Ill. (WIFR) – We’ve had plenty to be thankful for in the weather department this week, and Thanksgiving Day was no exception! Despite a good deal of cloud cover for the majority of the day, temperatures were still able to reach the 50s for a third consecutive day.

Highs on Thursday reached into the 50s for the third straight day.(Mark Henderson, WIFR)

There’s no reason to believe our streak’s in any danger of ending for at least another couple days, but there are a few features worth being aware of.

The first potential issue could come overnight, as fog appears likely to develop in a few spots. That fog could still be around early Friday morning, so be prepared to potentially exercise caution if heading out to take advantage of those Black Friday deals. 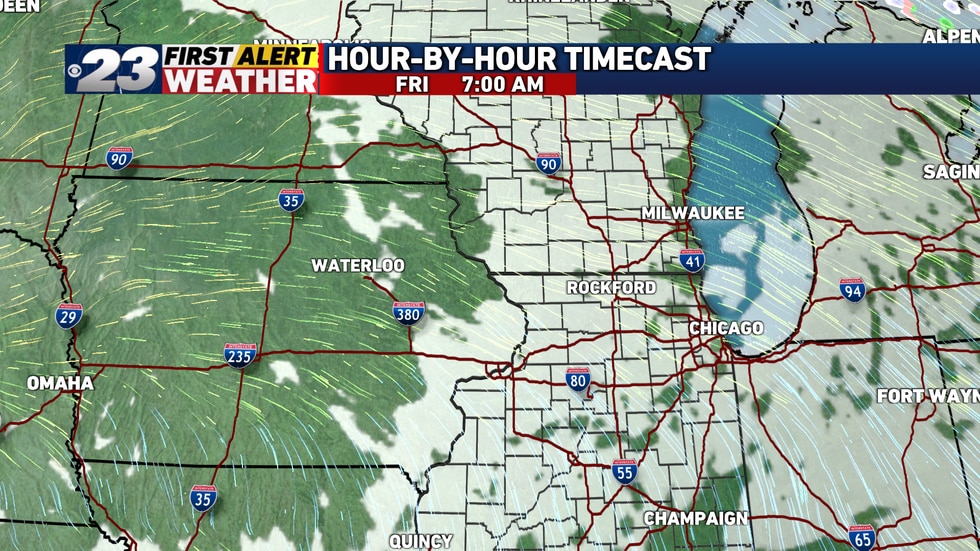 Fog will burn off very quickly Friday morning, quickly yielding to sunshine for the remainder of the day. The unlimited sunshine along with a westerly wind should allow temperatures to reach the lower 50s by the afternoon. 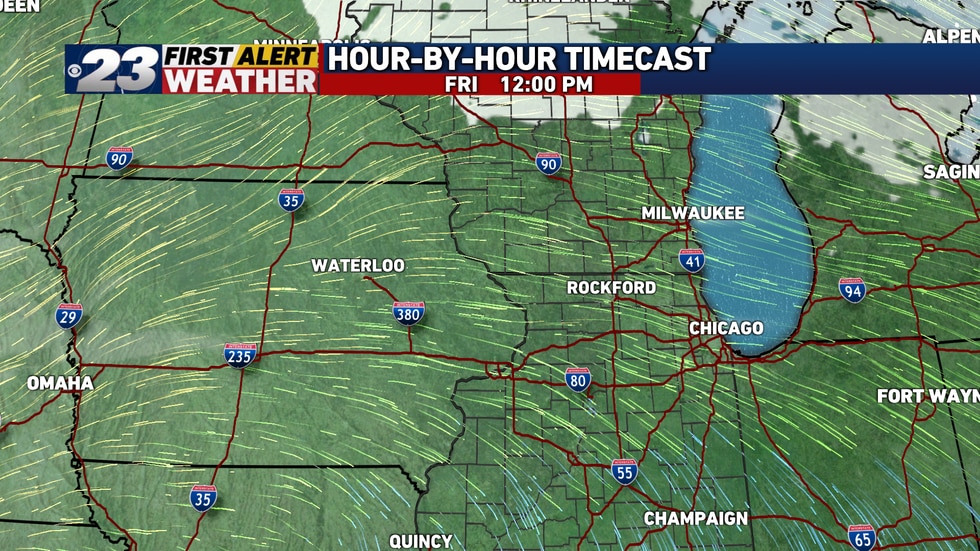 Clear skies are on tap Friday night and sunshine’s to be in no short supply on Saturday. As winds shift more southwesterly and organize, temperatures are set to soar. Rockford’s currently forecast to reach 59° Saturday, but a 60° reading or two wouldn’t come as any surprise. Those highs in the upper 50s would come at the time the stroll on State Parade is set to take place. Sunshine and southwesterly winds should allow temperatures to warm even more on Saturday.(Mark Henderson, WIFR)

Clouds are to gather Saturday evening ahead of a storm system we’ve been tracking for some time now. Thankfully, the trends showing up in our models as the week has gone on as been one that delays the arrival of precipitation until much later Saturday night. At this stage, confidence is high that all Stroll on State activities will go off without a hitch! 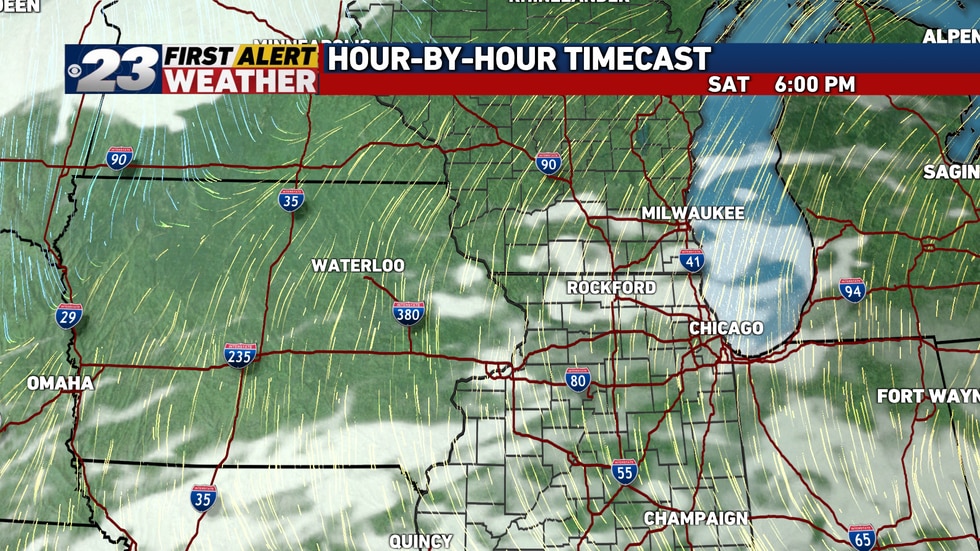 A few clouds are to enter early Saturday evening, but things should be fine for Stroll on State.(Mark Henderson, WIFR)

It remains very likely that the aforementioned storm system will have at least some impact on our area, as well as travel throughout much of the Midwest and Great Lakes.

Rain is likely to hold off until well after midnight, and could be accompanied by fog through the early to mid-morning hours of Sunday. Additionally, wind will become more and more of a factor as the day progresses, and by the afternoon hours, gusts of 35-45mph are a possibility to occur. These will be much cooler winds, blowing from a northwesterly direction, sending temperatures plummeting from the middle 40s early in the day to the lower 30s by nightfall. Rain’s to arrive early in the morning Sunday.(Mark Henderson, WIFR) Rain and a bit of fog may cause issues for a good part of Sunday morning.(Mark Henderson, WIFR) 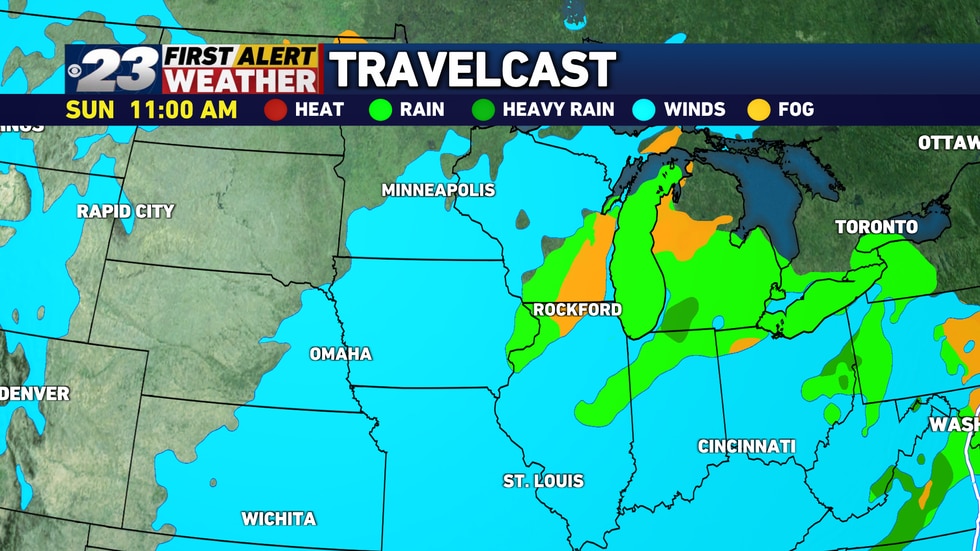 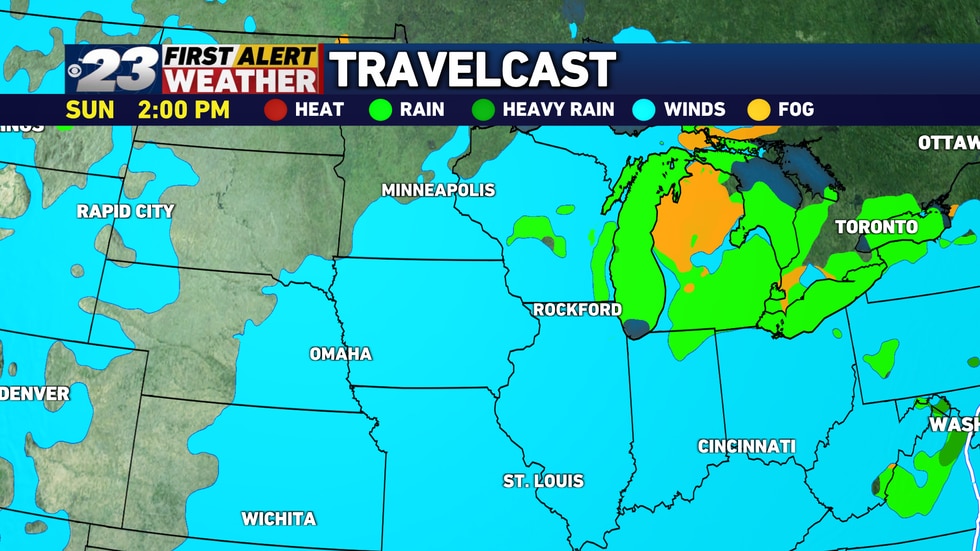