No. 15 Hawkeye’s Host No. 18 Minnesota at home opener – University of Iowa Athletics 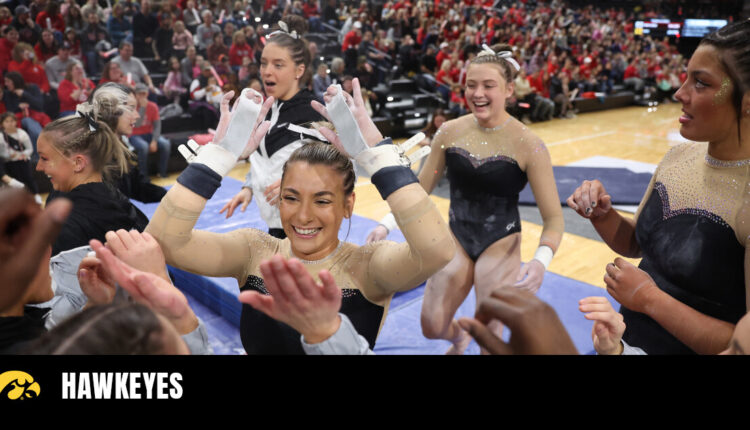 THIS WEEK
The 15th-ranked University of Iowa women’s gymnastics team hosts its home opener this Friday
to face no. 18 Minnesota. The meet is set to start at 6:30 pm (CT) at Carver-Hawkeye Arena and will honor the 50 Years of Iowa women’s athletics.

WHAT YOU NEED TO KNOW

KENLIN NAMED CO-BIG TEN GYMNAST OF THE WEEK
Junior Adeline Kenlin was named the Big Ten Gymnast of the Week on January 24. The Iowa City, Iowa, native earned the distinction after posting at least a 9,850 or higher on each of her three events when competing in Columbus, Ohio, against No. 10 Ohio State on Sunday.

MUÑOZ MAKES EVENT DEBUTS
Freshman Karina Muñoz made her collegiate debut on bars and floor while setting three new career-highs to help the GymHawks earn a new season-high team score at the Wasatch Classic on Jan. 14.

IN THE RECORD BOOKS
Six Hawkeyes are in the Iowa record books. They are as follows:

22 & COUNTING
Head coach Larissa Libby has led the GymHawks to 22 straight NCAA Regional appearances (either as a team or individually). The 2023 season is Libby’s 19th as Iowa’s head coach and 22nd overall with the program. She is a three-time Big Ten Coach of the Year.

LOOKING AHEAD
The Hawkeyes will return to action on Feb. 6, traveling to Lincoln, Nebraska to face no. 30 Nebraska. The meet is set to start at 8:00 pm (CT) and will be aired on B1G.