Preview of Class 1A Le-Win vs. Central 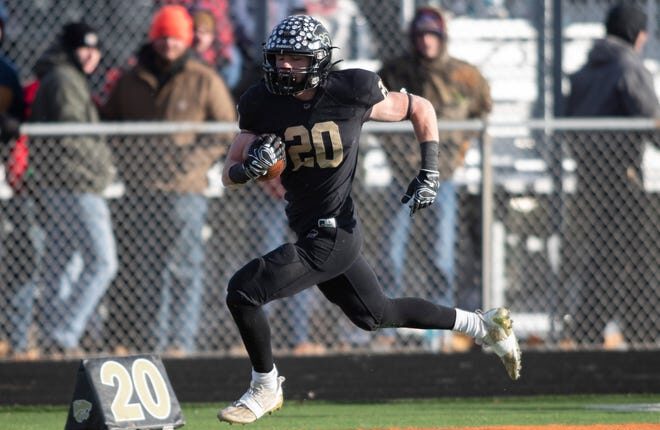 CHAMPAIGN — Lena-Winslow is taking aim at his fourth state title in the last five seasons with playoffs when the Class 1A state championship football game kicks off at Memorial Stadium in Champaign at 10 am Friday.

Camp Point Central is looking for title No. 1.

“We know who Lena-Winslow is,” Central coach Brad Dixon said earlier this week. “But we’re not going into this with any fear.”

More Le-Win: Panthers are monsters on the field and scholars in the classroom

Le-Win is a dynasty, or at the very least, one in the making. That’s who they are. The Le-Win Panthers are on the verge of winning their sixth state title in the past dozen years. But they have to get past Central’s Panthers first.

“They really resemble us and what we do,” Le-Win coach Ric Arand said. “Maybe just not as boring as us … But year after year, they’re in the mix. We had better be ready to play.”

Le-Win and Forreston have combined to win eight of the last 11 Class 1A state titles, and the Panthers plowed right through their Forreston rivals last weekend. So that sets up the matchup between the state-power Panthers of Le-Win, and the newcomer Panthers of Central, for all the marbles in the smallest class of football in Illinois.

Here is a complete breakdown of the Class 1A state final matchup: