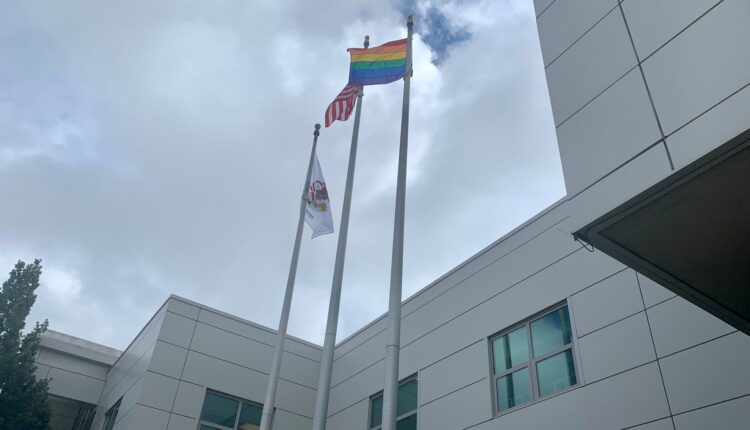 She is part of Uniting Pride, which advocates for Champaign County’s lesbian, gay, bisexual, transgender and queer communities. Geigner is also the mother of a transgender son. She says the flag’s visibility sends a message to community members who may feel isolated.

“We need to be visible so they can see that there are parents who love them,” says Geigner. “That there are community members who are interested in their health… make sure that we are respecting pronouns, that we’re respecting the identity of everyone, respecting who they love.”

She says displaying the pride flag welcomes the LGBTQ community.

“I think it’s important to make sure everyone feels they are welcome in Urbana and supported and accepted,” says Mayor Wolf Marlin.

With more people becoming vaccinated against COVID-19, Geiger says the organization Uniting Pride is considering a Pride Fest in September after University of Illinois students return. The festival may be a mix of in-person and virtual events. Last year’s Pride Fest was held online, due to the pandemic.

Preview of Class 1A Le-Win vs. Central