Questions One Year After The Disappearance of Jelani Day (VIDEO) 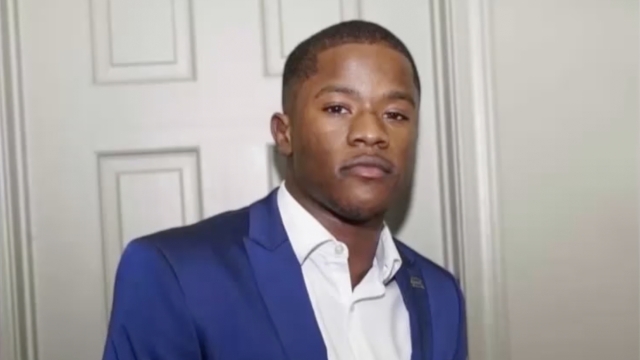 It’s been a year since Jelani Day went missing. His family is still pushing for answers.

It’s been one year since Illinois State grad student Jelani Day went missing, only to be found dead days later.

He was a beloved friend, brother and son. Day’s disappearance struck a chord across the country after Day’s mother made a plea for the nation to care about her son as much as it did Gabby Petito, a young woman who went missing and was then found murdered by her boyfriend.

Seve Day is Jelani’s big brother, a responsibility he says still matters to him.

“As an older brother you think that you will be able to, you know, be there for your little brother to be able to protect him and make sure he doesn’t have to experience any of that. At times, I think I’ It’s kind of disheartening because he’s not here and I feel like part of that lies on me,” said Seve.

Seve describes his little brother as the life of the party, and the kind of person strangers are drawn to.

“I still get messages to this day, people are like, ‘oh, he would have been my friend.’ People gravitated toward him. He had an aura around him,” he said.

And while we’ve learned so much over the past year about Jelani’s life, we still don’t know what happened in his last moments.

The investigation is now being led by the FBI as part of a joint task force that includes six different agencies.

An investigation that, a year later, remains wide open.

Jelani Day was last seen on Aug 24, 2021, after two stops in the Bloomington, Illinois area captured on surveillance cameras the day he disappeared.

It would be a week before his body was found and a month before it was identified.

Jelani’s body was found on the banks of the Illinois River in Peru, IL, a city that Jelani had never heard of, much less been to. Police found his car and his clothes in a town that’s an hour from his last known location.

His cell phone was recovered a month later, and while the FBI now has it, they haven’t told the public or Day’s family what’s on it.

“They’ve been saying since one day that the FBI has been involved with getting that information. But still, after a whole year, believe it or not, we haven’t spoken to anybody from the FBI at all,” said Seve.

The local county coroner’s office classified Jelani’s cause of death as drowning, with no evidence of trauma before he died. But his family has been adamant today had too much to live for to take his own life.

“I know for a fact he would not cause any harm to himself. And I’ll live and die on that hill every single day,” Seve said.

In the year since Jelani Day disappeared, an Illinois law was passed in his honor aimed at getting federal involvement in missing persons cases quicker.

And Saturday, the Day family will officially launch the Jelani Day Foundation with a gala.

“His dream was to have an event all white event for his own brand. And he was putting out there eventually one day. So now since he can’t do that, we still want to be able to, you know, honor his dream , his wishes, his dreams, and have all white gala in his name,” said Seve.