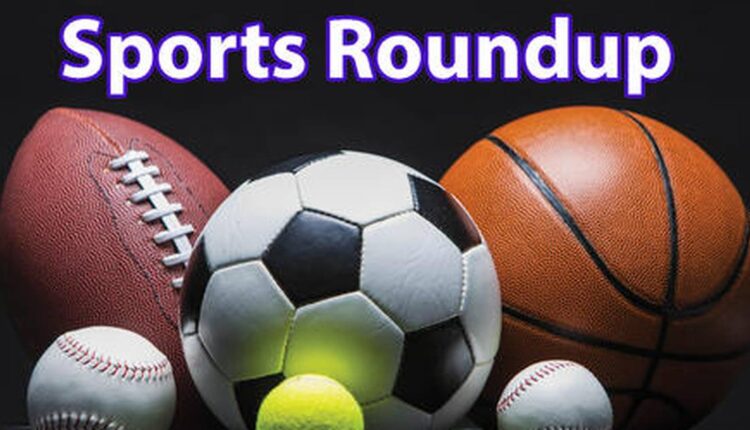 The Rock Falls baseball team scored a run in the first inning, then held on to defeat Rockford Christian 1-0 in a Big Northern Conference road game Monday afternoon.

Brady Richards scattered five hits in a shutout for the Rockets, striking out eight without a walk. He needed only 90 pitches in the complete-game effort.

He also scored the only run of the game, driven in by Timmy Heald. Richards, Heald and Cooper Hewitt had the only three hits for Rock Falls.

East Dubuque 3, Newman 2: The Comets dropped a nonconference game at Lumberkings Stadium in Clinton, Iowa, despite two pitchers combining to give up just six hits.

Ethan Van Landuit allowed three runs (two earned) and five hits in six innings, striking out six and walking four. Nolan Britt gave up a hit and notched a strikeout in an inning of scoreless relief.

Britt and Jaesen Johns both had two doubles and an RBI, and Van Landuit, Kyle Wolfe and Grant Koerner also doubled for Newman. Brennen Cook and Trenton Hicks scored runs.

Lena-Winslow 6, Milledgeville 2: The Panthers built a 3-1 lead after two innings, then tackled on three more runs in the fifth to put away from the missiles.

Izaac Toms-Smith and Ashton Nobis drove in one run apiece for Milledgeville, and Connor Nye went 2 for 3. Nye took the loss, pitching 5 1/3 innings and allowing six hits and one earned run, walking three and striking out three.

Ethan Fye got the complete-game win, striking out 10, walking zero, and conceding five hits and one earned run. Rowen Schulz went 2 for 4 with an RBI to lead Le-Win.

Durand-Pecatonica 13, Polo 1, 5 inn.: The Rivermen piled up nine runs in the first inning and rolled to an NUIC crossover win over the Marcos.

Scott Robertson, Noah Dewey and Devin Rucker had one hit apiece to lead Polo at the plate, and Rucker had an RBI. Gus Mumford allowed one hit and zero runs, and struck out three over two innings for polo.

Trenton Taylor and Will Koehler each had two hits and two RBIs to lead Du-Pec.

Forreston 11, Warren-Stockton 10: The Cardinals fell into an 8-0 hole in the first inning, but battled back and scored twice in the seventh inning to seal a comeback win.

Alex Marsden went 2 for 3 with three RBIs to lead the Warhawks at the plate. Drew Mensendike took the loss, allowing three hits and two runs over 1 2/3 innings, with two strikeouts.

Aquinas 15, Ashton-Franklin Center 7: Evan Kopp went 2 for 4 with three RBIs, and Jordan Harris went 3 for 4 with two RBIs, but it wasn’t enough as the Raiders lost an NUIC crossover contest.

Harris took the loss on the mound, striking out nine and allowing three hits and four earned runs in 4 1/3 innings.

Cade Gelkin went 3 for 3 with three RBIs to lead Aquin at the plate.

Oregon 17, Rockford Christian 1, 4 inn.: Liz Mois went 3 for 3 with six RBIs, and Ava Hackman pitched a one-hitter with six strikeouts to lead the Hawks to a Big Northern win at Oregon Park West.

Bella Koertner went 3 for 3 and scored four runs, and Lena Trampel went 2 for 4 with two RBIs for Oregon.

Rockridge 9, Newman 0: The Comets couldn’t keep up in a Three Rivers crossover road game against the top-ranked team in Class 2A.

The Rockets are 24-0, and have now won 54 straight games dating back to their semifinal loss in the Class 2A state tournament in 2019.

Genoa-Kingston 7, Forreston 3: The Cogs built a 4-0 lead through two innings and held on for a nonconference win over the Cardinals.

Reagan Tomlinson earned the win, striking out five and allowing two hits, one run and three walks over five innings.

Genoa-Kingston 5, Oregon 4: Hadley Lutz recorded a hat trick in the 1A regional semifinals, but it wasn’t enough as the Hawks’ season came to an end in penalty kicks.

The Cogs’ Jaida Modesto scored with 49 sconds left in regulation to tie the game 4-4 and force overtime. After two scoreless 10-minute overtime periods, sixth-seeded GK won 3-0 in PKs to upset No. 2 seeds Oregon.

Alyssa Mowry scored a goal for the Hawks, and Teagan Champley and Sophie Stender tallied one assist each. Taylar Rufer had six saves in goal.

College of Engineering, All Events