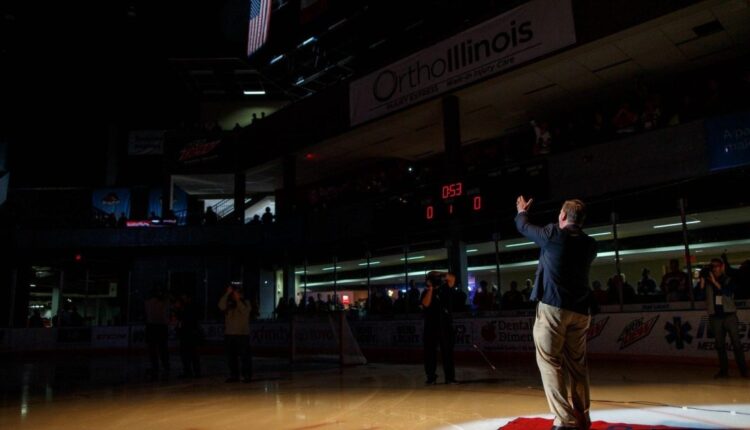 The Rockford IceHogs announced today that Chicago Blackhawks anthem singer, Jim Cornelisonwill sing the National Anthem prior to Game 3 of the Central Division Semifinals presented by BMO Harris Bank on Sunday, May 15 at 4 pm at the BMO Harris Bank Center against the Wolves.

Fans are encouraged to participate in the Blackhawks’ tradition of cheering during the “Star-Spangled Banner” while Cornelison sings prior to Sunday’s contest.

blackhawks mascot, Tommy Hawk, will also be “flying” around the BMO during the showdown and participating in on-ice games during intermission, interacting with fans and riding the Hamboni. Tickets for Game 3 and Game 4, if necessary, are on sale NOW at IceHogs.com!

Current ticket holders will also have the opportunity to purchase a Jim Cornelison singing bobblehead at Oink Outfitters for $45. Jim will meet and greet fans inside Oink Outfitters from 3-3:40 pm

Tickets are now on sale for the IceHogs Central Division Semifinals showdown with the Wolves! The IceHogs host Game 3 at the BMO Harris Bank Center on Sunday, May 15 at 4 p.m. and Game 4 on Tuesday, May 17 (if necessary) at 7 p.m. Buy tickets