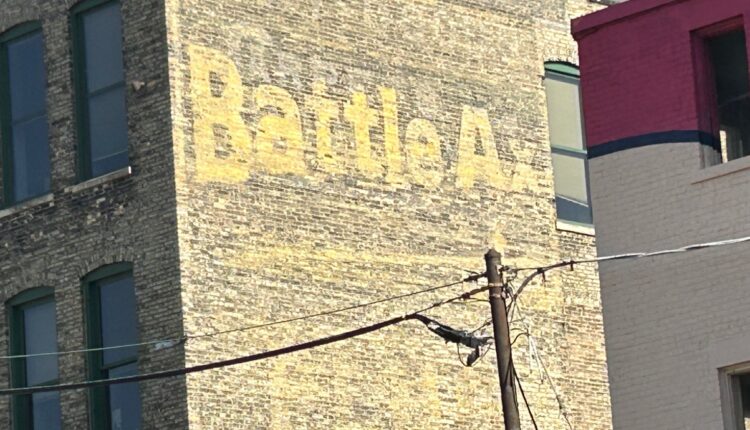 ROCKFORD, Ill. (WTVO) — Ghost hunting is a popular activity in the Stateline, especially around Halloween.

Every October, individuals and groups set out to communicate with spirits of the dead who are said to haunt various spooky locations.

Yes, opportunities to look for ghosts are certainly ample here. But there’s also many lesser-known ghostly images throughout the city. Rockford is chock-full of ghost signs.

That’s right, ghost signs—large advertisements that were hand painted on commercial buildings in the days before billboards and TV. The ads were for goods like tobacco, bread, beverages, just about anything sold to the public.

As years went on, most of the images were painted over, never to be seen again. But that wasn’t the case for all of them. Some of the paintings were preserved, hidden from the elements for 100 or more years in some cases when walls and siding were built over them or when when new adjacent buildings were constructed.

When those walls and adjacent buildings were torn down years later, the old signs “reappeared,” like ghosts.

Downtown Rockford is home to numerous ghost signs. The building that houses The Rock River Times at 128 N. Church St. still bears part of the old REO Speed ​​Wagon sign on the south wall from when it was an REO dealership.

In Rockford’s Midtown District, an old Bull Durham Smoking Tobacco ghost sign is still prominent on Seventh Street as is a giant old Coca-Cola logo and numerous others.

There are still visible signs on many of Rockford’s old factories that have been darkened for decades.

The sign at Nelson Knitting Co., the original home of the Sock Monkey at 909 S. Main St., is faded but readable. The Rockford Standard Furniture sign is still visible at the corner of Kishwaukee Street and 23rd Avenue.

Have you seen any ghost signs in the Rockford area? We’re certain we missed some. Send us a message and let us know.

What to know about C-sections