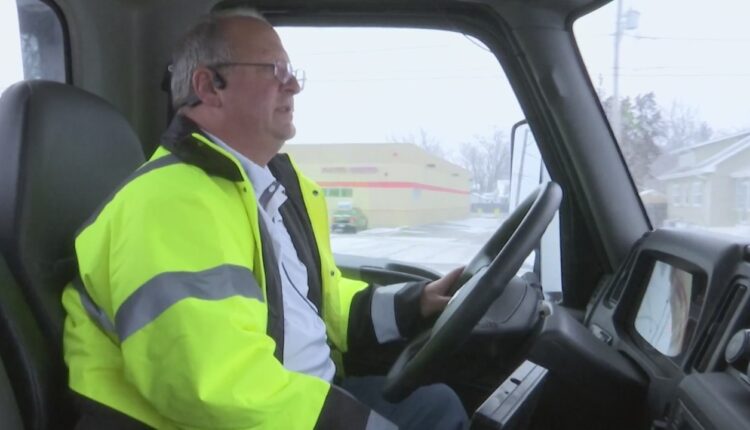 ROCKFORD, Ill. (WTVO) — A to Z Towing President Bill Wishard is a 3rd generation tow-truck driver. He’s been helping motorists for 24 years. With extremely cold temperatures blowing into the Rockford area this weekend, Wishard stressed the importance of being prepared in case you get stuck.

“It’s going to be 9 below tonight,” he said Thursday. “[People] shouldn’t be on the roads, especially with the winds that are going to be out there. It’s just very dangerous for everybody.”

If you end up in a ditch, or your car breaks down, Wishard said it will take a while for a tow truck to reach you. He said it is important for drivers to keep some necessities in their vehicles.

“Make sure you have a coat, blanket, first aid kit, cell phone that is charged up all the time — don’t leave with a dead battery,” he said.

Wishard also said it is important if you have to drive, to leave a safe distance between yourself and other cars on the road. And, he added, it isn’t a bad idea to let friends and family know where you’re going and when you should get there.

“People are running around right now. There has been a lot of accidents, a lot of bad accidents. So, I can’t say enough: just slow down a little bit,” he said. “We just all need to be careful to get where we are going, so we can see our family this weekend.”