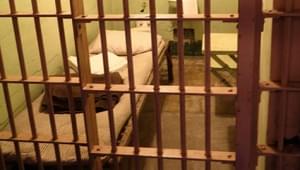 The new law goes into effect at the first of the year. (Photo courtesy: WJBC/File)

BLOOMINGTON – Illinois’ elimination of cash bail at the first of the year is stirring up political debate across the state.

“It modified the way police can use force in their jobs. It changed some of the sentencing standards we use for those who are facing sentencing after convection,” State Rep. Patrick Windhorst, a lead negotiator of the act, said on the afternoon show. “(It changed) how the certification process and potential loss of certification occur with police officers.”

Rep. Windhorst, who previously served as a State Attorney in Massac County, said the new law takes effect on Jan. 1, 2023.

“It’s a system where you’re either arrested or stayed in, or you’re released without any middle ground, where the cash bail system is more of a middle ground.”

Last week during an unrelated press conference, Gov. Pritzker said changes could be coming to the Safe-T act but did not disclose those possible changes.

Blake Haas can be reached at [email protected]