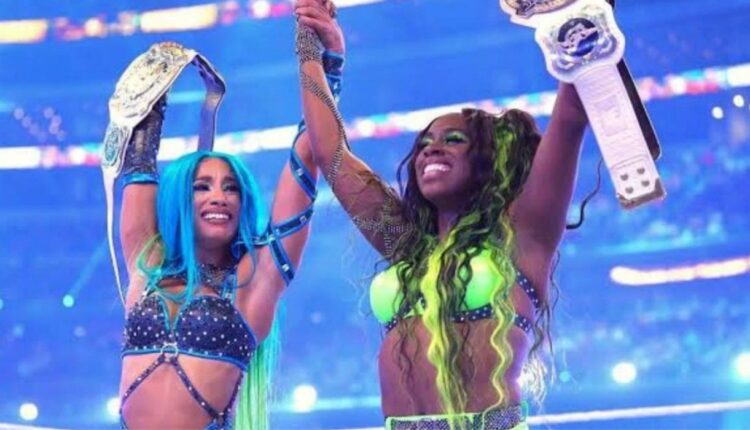 It’s been nearly six full months now since Sasha Banks and Naomi walked out of WWE.

Over the past couple of months, there have been several reports and hints suggesting that the two would return to the company soon. Fast forward to the first week of November, however, and it’s still unclear what the future holds for the former Women’s Tag Team Champions in the WWE.

Well, another recent development has led to even more speculation that Banks and Naomi could be back in WWE soon.

Banks and Naomi were initially scheduled to appear at the Vulture Festival on Nov. 12-13 next weekend in Los Angeles, California. Per Sportskeeda Wrestling, however, and email was sent out to people attending stating that Banks and Naomi won’t be appearing anymore because of “an unforeseen scheduling conflict.”

THESPORTSTER VIDEO OF THE DAY

RELATED: Sasha Banks Was Backstage At A WWE Event This Week

Later today, WWE will run the Crown Jewel 2022 pay-per-view at Msool Park in Riyadh, Saudi Arabia. Only time will tell if Banks and Naomi end up making surprise appearances/returns at the show. Keep in mind that Cody Rhodes and Bray Wyatt made their thrilling WWE returns earlier this year at WrestleMania 38 and Extreme Rules, respectively.

Regarding WWE events for next weekend, the company will run a “Saturday Night’s Main Event” show in Peoria, Illinois on the Saturday. On Sunday, the promotion will run a “Sunday Stunner” show event in Madison, Wisconsin. It’s tough to envision Banks and Naomi making their returns to the company during untelevised events, but if they return before next weekend, perhaps the two longtime fan favorites will appear at one or both weekend events.

It was reported that Banks and Naomi walked out of the 5/16 Raw show because they were unhappy with the creative plans for that evening. WWE later confirmed in a statement that the two had walked out, and the Women’s Tag Team Championships were subsequently vacated. It was later reported that Naomi was scheduled to win a Six-Pack challenge on the 5/16 Raw event to become the new No. 1 contender for Bianca Belair’s Raw Women’s championship. WWE ultimately had to go with a different plan after the walkout, and Asuka defeated Becky Lynch to become the challenger for Belair’s title.

TheSportster Podcast has returned! Check out the latest episodes of the show where Jim Parsons and Norman Quarrinton cover the latest news and events happening in the worlds of WWE, AEW and more!