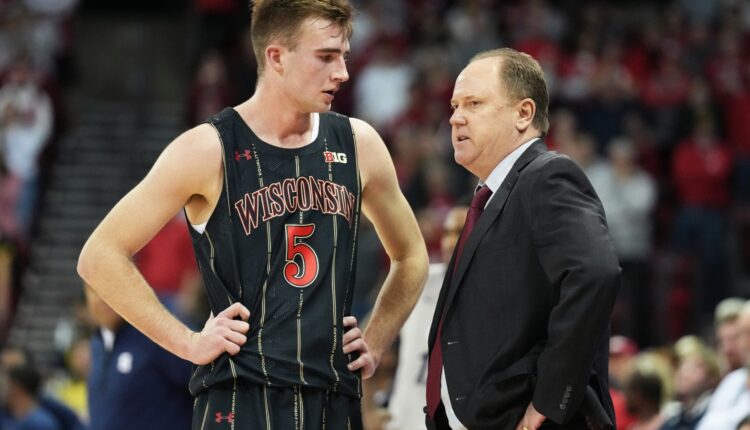 Good morning Badger fans! Enjoy your cup of Joey as you get caught up with your Wisconsin Badgers athletic teams.

Saturday’s Big Ten matchup against the Northwestern Wildcats has been rescheduled for Monday, January 23rd at 2:30 p.m. in Evanston, Illinois. Initially rumored to tentatively be made up in the beginning of February, the Big Ten conference officials decided that sooner rather than later was better.

This postponement is a bit of a mixed blessing for Wisconsin. Star forward Tyler Wahl returned from a 3-game absence due to an ankle injury this past Tuesday against Penn State. One of the most effective treatment regimens for this type of injury is simply time. In addition, Max Klesmit, who took a hard elbow to the mouth in the first half of that game and did not return, will now be afforded the luxury of an additional two days of recovery.

The downside of this delay, however, is that the Badgers play 2 road games a little more than 48 hours apart and then come back to the friendly confines of the Kohl Arena on Saturday. Luckily these boys are young and hungry to keep the winning momentum rolling. As if Saturday’s matchup against Illinois wasn’t already difficult enough, Wisconsin might have some pretty tired legs by next weekend.

The Wisconsin wrestling team, ranked 16th in the nation, squared off against Purdue Friday evening at the UW Field House. The Badgers walked away with a 28-9 victory over the #24-ranked Boilermakers, bringing their record to 6-4 (1-3 in conference meets).

At first glance, that record might seem a little disappointing until you look at the gauntlet of teams they faced off against in their last 3 matches. They opened the Big Ten season at home against perennial powerhouse Penn State, ranked # 1 this season, and the team National Champions 9 out of the last 11 seasons. Losing respectably 11-28, Wisconsin showed sparks of excitement and potential.

2 days later they traveled to Champaign, Illinois to face off against the Illinois of Illinois. Coming down to the very last match of the evening, Wisconsin suffered a heart-breaking 17-18 loss. In case the schedule wasn’t hard enough already, their next match was against #3 Michigan. The Wolverines came away victorious 27-6.

Friday night’s match featured some major upsets as Wisconsin overcame an early 6-0 deficit to the next 4 consecutive matches and 7 out of the last 8. While they may have suffered some early setbacks in the season, the impressive strength of schedule will only serve to make Wisconsin stronger. To put this in proper perspective, the Big Ten has 12 of it’s 14 schools ranked in the Top 25.

Wisconsin takes on visiting Iowa, 10-0 and ranked #2, on Sunday at 2 pm (CST) in the UW Fieldhouse. The match will be televised by the Big Ten Network.

Journalists Follow Up on Radon Mine Health Spas, Open Enrollment, and Health Fraud