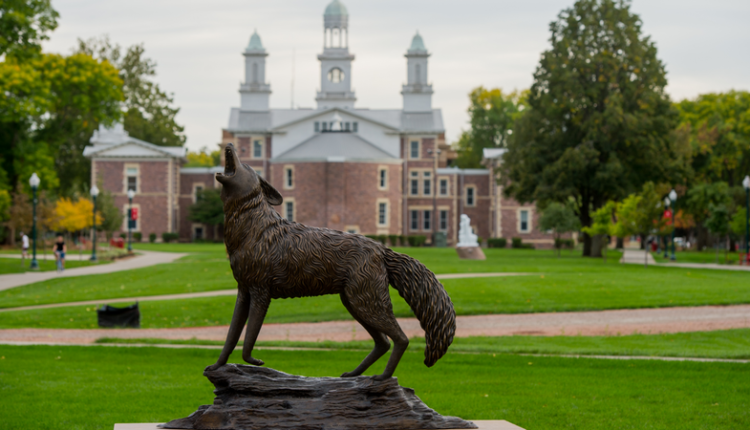 The Coyotes feature six women’s soccer student-athletes, six football student-athletes and four volleyball student-athletes honored as CSC Academic All-District selections. Nominees must have a cumulative GPA of 3.50 or above, be a starter or important reserve, participate in at least 50 percent of the team’s games, and be at least a sophomore academically and athletically. No student-athlete is eligible until he/she has completed one full calendar year at his/her institution.

Godfrey maintains a perfect 4.0 grade point average while wrapping up a second master’s degree. He is an all-American and an academic all-American long snapper and a three-time all-Valley pick. He worked with a new punter and kicker this season in John Bickle and Eddie Ogamba. The Coyotes led the Valley and ranked in the top-10 nationally in net punting during the regular season. Godfrey is the first specialist in coach Bob Nielson’s 30 years to be named a team captain.

Jensen maintains a 3.87 grade point average while working on a master’s degree. He started all but the season opener this season and earned Valley Player of the Week honors after helping USD rack up 560 yards in a win against Cal Poly in the home opener. Jensen was part of a unit that averaged 122 yards
rushing and 163 yards passing this year. He earned all-Valley honors at left tackle for the second time.

Camp maintains a 3.57 grade point average in kinesiology and sport management. He passed for 904 yards and four touchdowns in seven starts during the season.

Mogensen owns a 3.70 grade point average as a kinesiology and sport management major. He ranked second in the Valley and 14th nationally with 106 tackles during the regular season.

Goehring maintains a 4.0 grade point average in management. Goehring caught three passes for 19 yards while playing in six of the 11 games.

Atkins maintains a 3.56 grade point average in kinesiology and sport management. She started all 14 games that she appeared in while contributing one assist. Atkins took six shots with three of those on goal. She was a key part of a Coyote backline that recorded three shutouts on the year. The Roxborough native missed four games this season after being called up to the Jamaican National Team for two friendly matches in Korea.

Fontenot owns a 3.66 grade point average in political science. She started all 18 games and ranked second on the team in minutes played while aiding the defense to three shutouts in her senior season. Fontenot took two shots this season and played a full 90 minutes in nine of the final 11 games. She started 69 of her 77 games played during her five-year playing career and totaled 6,022 minutes on the pitch.

Giblin maintains a 4.0 grade point average as a kinesiology and sport management major. She appeared in all 18 games while making 14 starts and contributed two assists. Giblin took seven shots on the season with two of those on goal. Three of her seven shots came in the final game of the season at North Dakota. Giblin tallied just under 1,000 minutes on the field this season.

Knapke owns a 3.75 grade point average as a nursing major. She appeared in 17 games while making eight starts. Her one shot of the season came in the second game of her junior year against UNI. Knapke had played 46 total minutes in two seasons prior to her junior year where she recorded 818 minutes for the Coyote defense. She was a part of helping the defense to three shutouts on the year.

Lewis maintains a 3.97 grade point average as a business major. She started all 18 games in goal, posting a 1.80 goals against average with a .710 save percentage. Lewis recorded two solo shutouts and one combined shutout in her redshirt junior year. In the final home game of the year, she set a new career best with eight saves against Oral Roberts to lead the team to a 2-1 victory.

Wood owns a 3.65 grade point average as a nursing major. She scored two goals while starting all 18 games on the season. The senior set a new career-high with 1,085 minutes played this season including a season-high 80 minutes at Portland State. Wood finished the year with four points.

Adams, a repeat Academic All-District selection, owns a 3.94 grade point average as a nursing major. Adams, a senior and one of just four players to appear in all 128 sets during a 33-match season, ranked third on the team with 207 kills to go with 73 total blocks.

Harms, a fourth-year junior, maintains a 3.60 grade point average as a biology/human dynamic major. She appeared in all 128 sets while finishing second on the team in kills with 309. Harms set a rally-scoring era school record with 157 total blocks, ninth all-time. She ranked third in the Summit League in hitting percentage (.355) and blocks per set (1.23).

Juhnke, a fourth-year junior, produced the best season by an individual player in school history as she became the first Coyote and fourth Summit League athlete to reach 2,000 career kills. The nursing major with a 3.82 GPA led the NCAA in total kills (677) and total attacks (1,673), both school records. She set Summit League records for kills in a match (39) and season (677) while also contributing career-highs of 392 digs and 95 total blocks to go with 19 service aces.

Weideman, a fifth-year senior, maintains a 3.67 grade point average as a psychology major. She led the Summit League and ranked 19th nationally with 586 digs, sixth-most all-time in school history. She led the Summit League and set a (25-point) rally-scoring era school record with 52 service aces, sixth-most all-time. She played in every match during a five-year career, setting school records with 150 matches and 546 sets played.