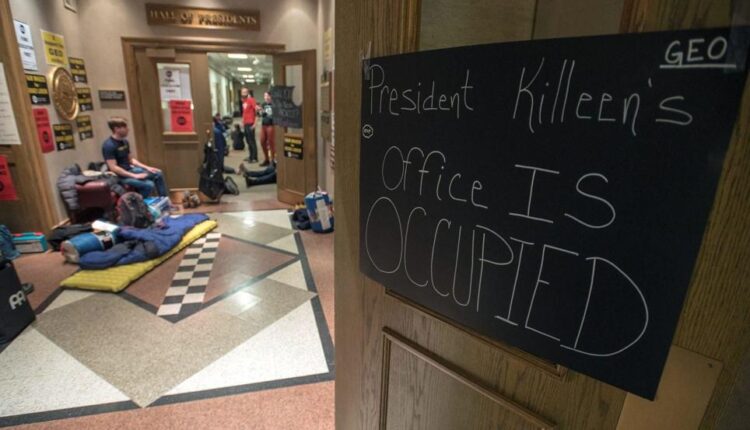 URBANA – A proposed policy to regulate protests and demonstrations on the University of Illinois campus has caused a stir among some members of the student body.

The draft of “Expressive Activities on Campus”, a possible addition to the school’s administrative manual, led to a pointed address by the Chancellor and the head of the university after receiving nearly 250 requests for public comment and online criticism from representatives of the Illinois student government brought about.

After a violent student reaction and a meeting with the student government, the deadline for public comment was extended from Monday to November 12th.

“Since we have received a lot of input on this important topic, we are taking additional time to gather and review feedback and consider revisions if necessary,” wrote UI spokesman Robin Kaler in an email to The News-Gazette.

The university said the policy contains very little new and that it aims to summarize the university’s “scattered” rules on UI property protests.

“The intent of the policy was not to fundamentally change the expression activity on campus,” Kaler said. “It was about consolidating information from various existing guidelines and clarifying the language that sometimes confuses people.”

One change would be brought about by the new guideline if passed: the university can impose some restrictions on the area around the alma mater, which would have to be approved and published by the chancellery.

“The university would reserve the area near Alma Mater for a short period around the welcome week and the beginning weekend, so demonstrations and protests would have to be organized elsewhere during this reservation period,” Kaler said.

This detail caught the attention of leaders of activist groups on campus, such as Alec van Patten of Students with Environmental Concerns, who organizes his group’s “climate strike” during the first few weeks of the year.

As the students march along the quad, make noise and stop at the alma mater, “I was wondering if everything we did during the strike might not be allowed,” said Van Patten.

He has never heard of a SECS member being disciplined by the university for protest actions.

The Illinois student government wants the university to “start from scratch” with its protest rules, its president said.

“This policy deprives demonstrators of all forms of nonviolent means to convey their point of view that make protests worthwhile,” said Ari Kelo, ISG Senate spokesman.

Particularly criticized is the guideline that demonstrator noise “does not significantly and significantly disturb, impair or disturb” teaching, study, research or administration of the university, as well as regulations against entering and leaving university buildings for students and teachers who are part of the graduate employee organization during a Strikes in 2018.

Noise concernsWhen Kelo became aware of the policy, the UI senior sent the draft to other student government leaders.

Kelo also posted an Instagram infographic on the policy aimed at UI students asking them to fill out the policy feedback form and “spam” the voice mailbox of Vice Chancellor of Administration and Operations Mike DeLorenzo.

And the student response was “quick and robust,” said ISG President Enoma Egiebor, a junior at UI. The post garnered over 1,000 likes on Instagram, and people shared it again so quickly, Kelo said, that Instagram started “slipping” when the senior checked the interactions.

“If (when!) This guideline is passed, the ability to protest on campus will be severely impaired,” says one of Kelo’s slides.

“I want you to get rid of this policy. It distracts from so much, it distracts us from other ISG work, ”said Egiebor. “All students talk about this policy.”

“At a school this size, the protests can be pretty big, so how can you give a speech at a protest without having a loudspeaker?” Said Egiebor. “I’ve been here for years; I have never heard a protest in class that is like this all the way at Alma. “

Noise related to university operations, such as sports, music events, and construction and operating activities, is not included in the restrictions.

“It says that we have to ‘moderate the noise’ so I think there is too much interpretation to be judged,” said Egiebor.

UI officers respondProvost Andreas Cangellaris and Chancellor Robert Jones spoke about politics at the latest meeting of the Senate Presidium on Monday.

“It aligns these guidelines so that everyone knows and understands the guidelines firsthand rather than digging through and trying to find the information they’re looking for under the old rule.”

The ISG hopes to assemble a team of law students to analyze the policy and “see if there are any issues with the First Amendment,” Kelo said.

Prior to submitting the draft for feedback, the draft policy went through the Senate Committee, General University Policy, Student Life, Academic Freedom and Term and Conference on Behavioral Control, and “some minor revisions” were made in response to the comments.

Restoration of Rockford – The Newnan Times-Herald

Vote the Rockford Register Star High School Athlete of the…