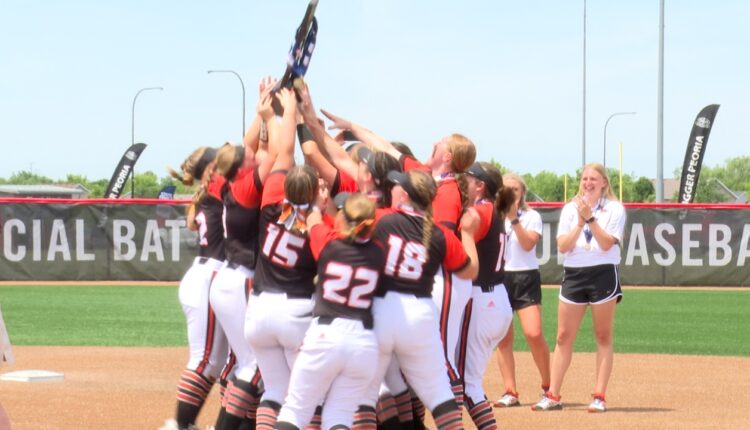 #5: Keegan Isbell hits a go-ahead single for Washington baseball in the late innings of the state 3rd place game. It scored Tyler Bishop, who had hit a triple earlier. The Panthers won 2-1.

#4: Pekin quarterback Scotty Jordan threw a pass over the middle to Kanye Tyler who ran it 50 yards for a touchdown in the final seconds of the state quarterfinals while they were down by 8. Unfortunately, the two-point conversion to tie the game what unsuccessful. It was Pekin’s first home state quarterfinal in their 130-year history.

#2: Notre Dame boys soccer Kaden Hudson scored a game-winning goal in the final seconds of regulation at super sectionals. The goal sent the Irish to state where they would win their 5th title in program history.

#1: Illini Bluffs softball won their second consecutive state title on a walkoff single in the bottom of the 9th. Lilly Hicks with the hit scored Kristen Graham.