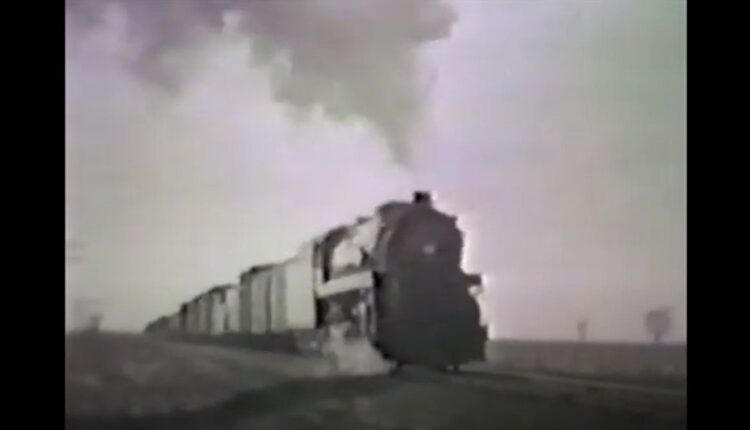 These videos are rare, but when they show up they are so great to watch.

In the video, you can see a train from the 1930s or 1940s in Washington, Illinois, and it’s so cool to watch. The black and white video records the entire train that goes through the city of Washington, and one only has to imagine what it was like to see such a train pass through it. To see the video in 2021 is pretty amazing, I can’t imagine what it was like back then.

TP&W stands for The Toledo, Peoria and Western Railway, a short-haul railway (still in operation today) with over 240 miles of track. Its headquarters are in East Peoria, Illinois and have been in operation since 1863. There was a TP&W passenger train involved in the Great Chatsworth Train Wreck in Chatsworth, Illinois, in 1887. The crash is considered to be the second deadliest US railroad accident in the 19th century.

I’m not a big train guy, but there’s nothing like watching a black and white video of a 193.0s train traveling through a small town in Illinois.

50 famous brands that no longer exist