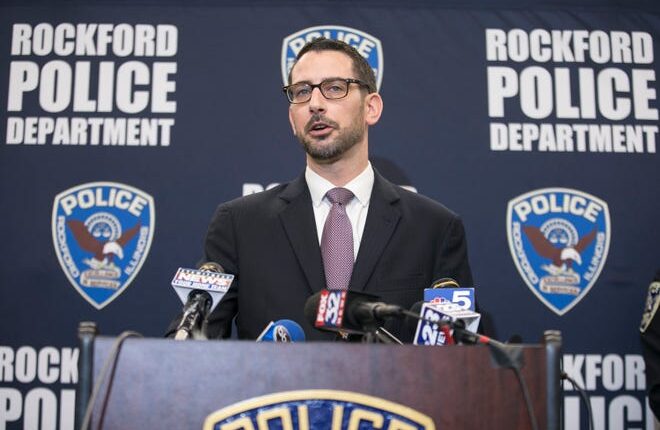 Mayor Tom McNamara said during a news conference on Friday that the percentage increase was down slightly from the previous month, as a sign that the rise in violence that began with the pandemic may slow.

McNamara reported that as of September this year there had been 1,710 violent crimes – grievous bodily harm, murder, rape and armed robbery. That’s 2% more than the 1,671 violent crimes reported in the same period in 2020.

As of September, 552 illegal shots had been fired in the city, 11% more than the 498 in 2020. And police continue to seize large numbers of illegal firearms flooding the streets of Rockford. Police have seized 360 firearms so far this year, 73% more than the 208 seized at the time last year.

McNamara said the increased percentage of violent crimes attributed to domestic violence could be due to a combination of factors.

“We can’t always go on like this”: Rockford expands violence prevention efforts

This includes advances the city has made in providing services to survivors through the Rockford Family Peace Center, which is encouraging more victims to come forward. McNamara said officials expected domestic violence reports to increase as they put the spotlight on the issue and provided improved services.

There are also suspicions that the pandemic made it difficult for some victims to report domestic violence over the past year because they were stuck at home with a perpetrator.

“It’s really difficult to reach someone when they’re unemployed and stuck at home,” said McNamara.

Watch: Going Beyond the Script of ‘Dopesick’ and America’s Real-Life Opioid Crisis