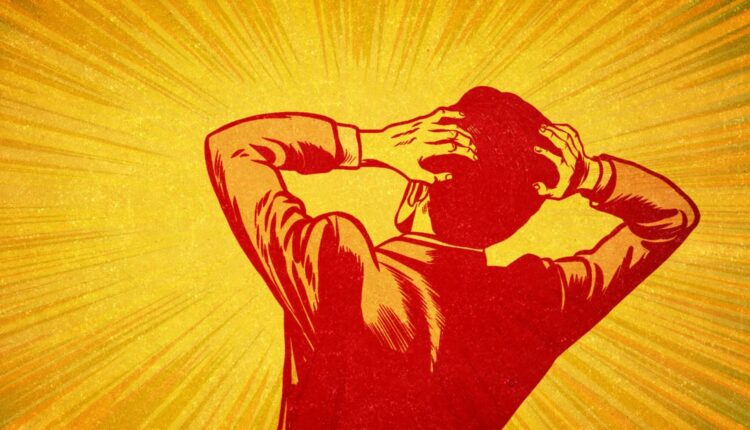 It’s hard to believe, isn’t it? The majority of the B1G teams have just finished their sixth game of college football season, which marks the middle of the year.

No, I’m not crying, it’s just my allergies. I’m really fine that we’ve played half the season. Total.

We all agree that the season is going too fast this year. However, if you want to point out the silver lining, it is reassuring to know that we will be increasing the significance and relevance of these encounters in the second half of the season.

But before we jump into the (huge gulp) second half of the 2021 season, let’s have some completely rational things that happened in Week 6 at the B1G.

The Wisconsin-Illinois game featured some of the most terrifying pass numbers we’ve ever seen. At the end of the first half, the three quarterbacks involved – Graham Mertz, Brandon Peters and Art Sitkowski – combined only 6 of 23 attempts to pass for 27 yards, 0 touchdowns and one interception.

Uncle Rico of Napoleon Dynamite would have more success trying to throw the ball “over the mountains” than anything we saw in Champaign on Saturday. And so as not to pat myself too hard on the shoulder, but I thought I had pretty nicely summed up the quarterback game in one tweet:

Here is the recap of the first half of Champaign:

Kiss of the cook.

Why can’t the fox play?

What the hell is going to happen to animals entering the stadiums this year? First, it was the cat in Miami that nearly died a few weeks ago. On Saturday a fox ran free into the field down at the Texas State Fair.

This wild fox had some pretty good moves too.

FOX IN THE FIELD pic.twitter.com/1euAPrUqhw

Sure, there weren’t any defenders around, but give this elusive mammal a pigskin and see if it can make it the distance next time. What’s the harm in seeing if he can embarrass the Texas Defense too?

“Can we pretend planes …”

So, Mike Locksley could have had the most fitting comment of the weekend among the B1G head coaches. It was hilarious, true, and sad in equal parts. It was really like a Tom Hanks movie – it had it all.

After Maryland dropped a 66-17 “decision” on Ohio State, Locksley said it looked like its secondary unit “fell out of airplanes” because the Buckeyes receivers were opened so wide.

Locksley of Ohio State recipients: “We had guys who looked like they’d fallen out of airplanes, they were so wide open.”

Perhaps the best takeaway from this is the fact that Locksley’s comment on social media actually got more resonance than any of the Ohio State highlights from the game.

So this is a win, right? At least a little.

I’m not entirely sure where Mel Tucker’s disdain for Rutgers comes from, but it’s definitely a thing. Maybe it’s some kind of rivalry in the Christmas colors? Or maybe he’s still pissed off about how his East Lansing debut game went in 2020.

At this point it’s pure speculation.

“If you can be great, why settle for something else?” #KeepChoppin 🪓 pic.twitter.com/sfss73VbSS

There is no doubt, however, that Tucker isn’t a huge Rutgers fan. He’s already stolen their “Keep Choppin ‘” mantra and, to make the injury worse, trolled the Scarlet Knights into the locker room right after the game.

Basically, Tucker did the soccer equivalent of walking into a ballroom and dancing with Schiano’s date. Probably also when smoking cigars.

Alabama lost to an unrated, 3-2 (now 4-2) Texas A&M, who was playing with a backup quarterback. The Crimson Tide are still in 5th place after such a loss of quality.

Everyone knows this song. But what you probably didn’t know about this catchy little tune is that Aretha Franklin was actually singing about Iowa. Apparently a 6-0 start is enough, wins over 3 rated opponents (at the time of the game) and the nationwide top 20 total sales are not enough.

Yes, it was enough for the Coaches Poll and Associated Press Poll voters, both of which had the Hawkeyes in second place. Even SEC Network presenter Paul Finebaum put Iowa in second place! However, there are still some skeptics.

Iowa has beaten four bad teams, a decent team, and a good team that lost their quarterback when it dominated the game. This is not an overwhelming resume. Why isn’t Kentucky number 2? Or Michigan? Or Wake Forest?

Basically, Dan argues that anyone but Iowa should be number two. Literally everyone.

Chris “The Bear” Fallica from College GameDay takes a different approach. It seems that he thinks that only teams with the most famous brands should be included in the top 3:

If we’re honest, it’s 1 Georgia, 2 Bama, 3 Ohio State. But I understand why people don’t vote like that.

As you will recall, both Alabama and Ohio State have lost soccer games this season. But as long as it’s not No. 2 Iowa, all is well.

Bad calls occur during the course of a game. It happens. Much less often, however, is a rule that is thrown out during a primetime game that I have never really heard of.

It happened (at least) twice during the Michigan-Nebraska game in Lincoln on Saturday night. In the first half, the Huskers were punished for so-called “disturbing signals”, which sounds more like a traffic violation than anything else.

Has Nebraska been punished for using “disturbing” signals? pic.twitter.com/9WtQQNAuk8

Later, on a punt subdued by Michigan’s return team, the official decision was “shared ownership” with the ball awarded to the Wolverines. I didn’t see Willie Nelson at Memorial Stadium so I’m not sure what it was about either.

Fortunately, Nebraska fans are pretty level-headed and at peace with some of the questionable calls that went wrong Saturday night.

Actually, they are not. They really aren’t … and I’m not blaming them.

Jim Harbaugh, Master of the Quirks

Ol ‘Harbs has had some pretty good short jabs lately. That’s likely the product of an unbeaten record and consecutive victories over Wisconsin and Nebraska.

He’s either the bizarre guy, the king of “dad jokes”, or maybe a little bit of both? Anyway, I hope these sentences, analogies, and comparisons keep coming. I always enjoy a good brain teaser.

Harbaugh: “That was a win for Clint Eastwood. We will enjoy it.”

Jim Harbaugh: “Blake Corum, this is a tough guy. Some of the blows he took would have killed a lesser man. ”Pic.twitter.com/jJlBcCuuOl

Five B1G teams are in the top 10 of the Associated Press Poll. In the USA TODAY Coaches Poll, these five teams all squeezed into the top 9. Is there any doubt what the best conference in America right now is?

We still have a lot of season ahead of us, but it feels a bit like 2016 when it looked like Ohio State, Michigan, Penn State, and Wisconsin have been chasing college football playoffs for most of the year.

Perhaps this is – and rightly so – the year in which the B1G brings two teams into the field. That’s not even a major overreaction.

The strangest week of interviews ever?

Let’s finish with, shall we … why was last week the strangest in terms of player or coach interviews? It probably wasn’t that bad, but it seemed like it.

We should have known we had an interesting weekend ahead when a joke caller called with this NSFW request for Ed Orgeron from LSU:

To be “as transparent as a baggie” I laughed.

Here are some of the other gems of the week, including Harbaugh running away from a reporter, Dan Mullen of Florida answering two questions with literally three words, and Lincoln Riley’s strange plea for Oklahoma’s victory over Texas:

Jim Harbaugh with the Postgame Interview of the Century

THERE’S THAT DAN MULLEN THAT WE ALL KNOW AND LOVE !!! HE IS BACK!!! pic.twitter.com/JnAVoZkyMe

Big 10: UI distinguished alums on their must stops when back in C-U | University-illinois