5 biggest recruiting targets for the Illini 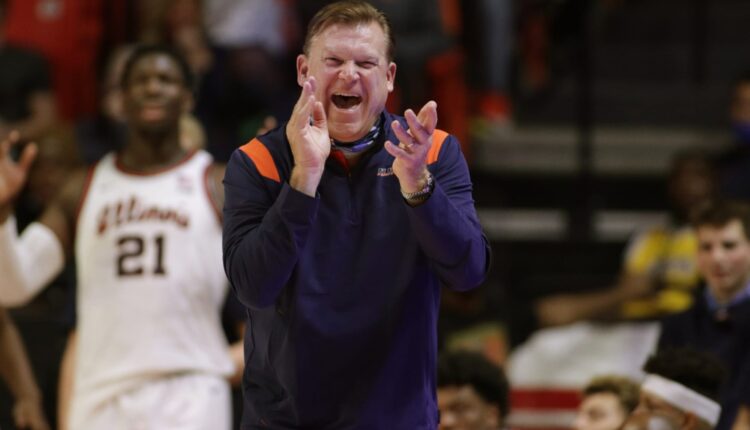 Illinois basketball recruiting has quieted down over the past few months, but that doesn’t mean Brad Underwood and the coaching staff haven’t been hard at work.

There are so many talented players out there for the Illini to land. Some of the players we have been recruiting for years and others have been recent targets due to a change of mind by the player.

It’s amazing how well the Illinois coaching staff can recruit. They have adapted to the new college basketball recruiting landscape so well, and now we have one of the best recruiting programs in the country.

Here are the five biggest recruit targets for the Illinois basketball program.

Illinois basketball could always use more size in the paint. We have some good options this upcoming season, but adding to that group would be a good idea for the 2023 campaign. That is why the Illini continue to target Amani Hansberry.

Hansberry is a 6-foot-8, 225-pound power forward from Mt. St. Joseph High School and resides in Washington, DC He is rated as a three-star recruit and ranked as the No. 127 player in the class of 2023. He is also the No. 25 power forward in the country and the no. 3 players coming out of Washington DC

The recruitment of Hansberry has been going on for a while. Illinois seems to be inching closer and closer to landing the versatile forward as well. He took an official visit to Champaign back on June 29, and Hansberry now has a Crystal Ball Prediction submitted in favor of Illinois landing him.

It looks like the prediction is a seven out of 10 confidence, which is pretty high. This isn’t a one-team race, though. Hansberry has been on four other official visits; Miami (FL), Penn State, Virginia Tech, and Boston College. The Nittany Lions seem to be the other major player, though. I would look for a commitment sometime before Hansberry’s final season of high school basketball begins.