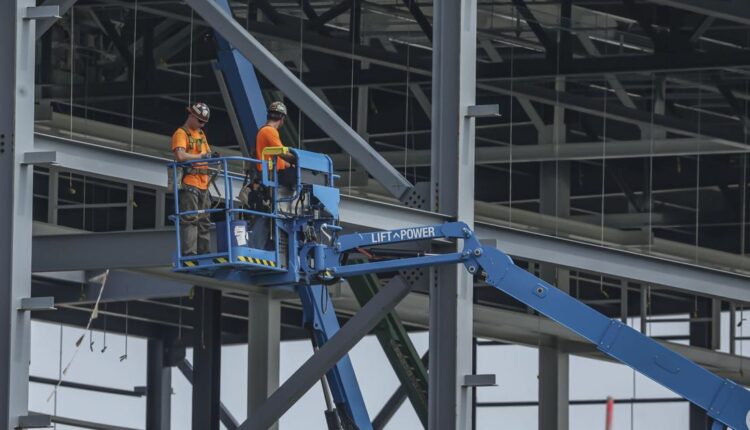 Editor’s note: This is part of a series examining the state of McLean County’s housing market.

The Bloomington-Normal metro area population was recorded at 170,954 in the 2020 US Census, a less than 1% increase from the prior decade. But that data doesn’t reflect the surge attributed to Rivian Automotive, which has added thousands of jobs in the past year and a half.

A shortage of housing options to accommodate the new arrivals has driven up prices and forced some into hotels for the short term. But in the long run, the influx is good for the community and the wider region, said Frank Beck, director of the Stevenson Center for Community and Economic Development at Illinois State University.

“We use workforce to sell this community,” he said. “So I’ve been using ISU and Wesleyan to land most deals, saying if (workers) are not here now, you can get them.”


The steady flow of new residents and their effect on the strained housing market has been largely attributed to Rivian’s manufacturing plant in west Normal, but community stakeholders have also made strides to strengthen the economic impact of the burgeoning electric vehicle industry.

Heartland Community College officials broke ground in September on a new facility that will serve as the home for the school’s electric vehicle and energy storage (EVES) program on the north Normal campus. Also attending were state leaders who have shown support for the growing industry.

Bloomington-Normal is fortunate to see economic investment from industry as well as state leaders, which is not the case for every part of the state, said Joseph Trefzger, a finance professor at ISU.

“It’s certainly encourage that Rivian and (Italian chocolate maker) Ferrero are both making investments in our community when Illinois is seeing too many companies pull back or pull out, and suffering net job losses will never be good for an area’s housing market,” he said.

But in Bloomington, Ferrero cemented his commitment to Central Illinois with a multimillion-dollar expansion. Construction is underway on the 169,000-square-foot addition dedicated to producing Kinder Bueno chocolate bars; it is expected to open on the city’s southwest side in 2024.

gov. JB Pritzker speaks during the announcement for Ferrero North America about a new 169,000-square-foot addition that will produce Kinder Bueno products for the North American market.


And the increases are expected to continue: An analysis of the regional housing market released by the EDC in May predicted that McLean County would experience the largest net increase in population for any Illinois county outside of the Chicago area, adding more than 10,000 residents over the next decade.

In economic development, growth often leads to more growth. “Because as somebody like a Rivian grows or a State Farm grows, you need more support services for all those. They have a very large multiplier effect,” Hoban said.

Just five years ago, projections for the area’s future looked very different. The McLean County Regional Planning Commission did a housing study in 2017, and more recently worked in coordination with the EDC on its regional analysis this year.

Between the two studies, much has changed.

“A lot of things have happened between 2017 and 2022, the pandemic wasn’t here, Rivian wasn’t here, the (expansion) announcement from Ferrero,” said Raymond Lai, director of the regional planning commission.

Results of the 2017 study indicated population growth was expected to slow compared to previous decades but still continue to grow through 2040. At that time, new construction was outpacing demand.

“Put simply, demand for residential housing did not keep pace with the number of construction permits,” the report said.

The growth of major manufacturers has flipped that.

Of course, nothing comes without a cost. More residents create more traffic and infrastructure needs, and local governments must spend more on essential functions like police, fire and education, Beck said.

But the growth of business and population can also be very good for homeowners, especially if it leads to rising property values.

“No one wants to buy a house if they think it’s going to be worth less when they go to sell,” Beck said.

The business news you need

Get the latest local business news delivered FREE to your inbox weekly.