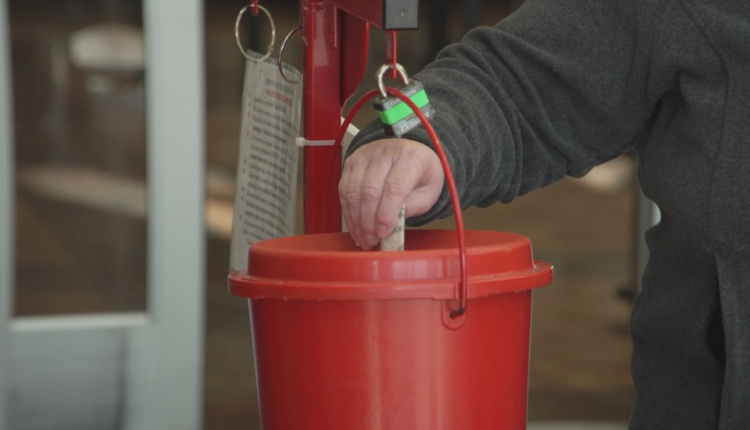 We’ve seen all people wearing red aprons ringing bells outside of grocery stores or ads about the Marine Corps ‘Toy’s for Tots’ campaign that let you know donations are needed. But that doesn’t always mean there are enough donors.

With Christmas less than 20 days away, some area non-profits hustle to make sure families who can’t afford presents receive some under their tree. Organizers like Bruce Giersch with Rockford’s ‘Toys for Tots’ campaign says they could fall short with prices rising and the need growing.

“In the past years we tried to give two to three toys to a family plus stocking stuffers. And we just don’t have all of that so families will probably get maybe two toys per family,” said Giersch.

Major Monty Wandling, a coordinator for the Salvation Army, says he is optimistic about this years drive.

“About three or four years ago we had over three thousand volunteer hours just at the kettles. About one hundred and fifty thousand dollars of revenue that’s generated. Last year we only had 1,200 volunteer hours,” said Wandling.

He says the Salvation Army recently received more than 700 donations from other non-profits and he hopes money from it’s red kettles will play a bigger role.

“So if somebody says ‘hey I don’t have the money’ but I’ll give some time and maybe put some few friends together and take a day out of kettle site. They can very easily raise 800 to 1,000 dollars,” Wandling explained.

Officials with ‘Toys for Tots’ say you can drop toys off at Farm and Feet, Menards or at their facility located at 4050 E State St, Rockford, IL 61108.

The Salvation Army is still accepting families through online or paper applications for the next couple of weeks. Just visit it’s website to register.