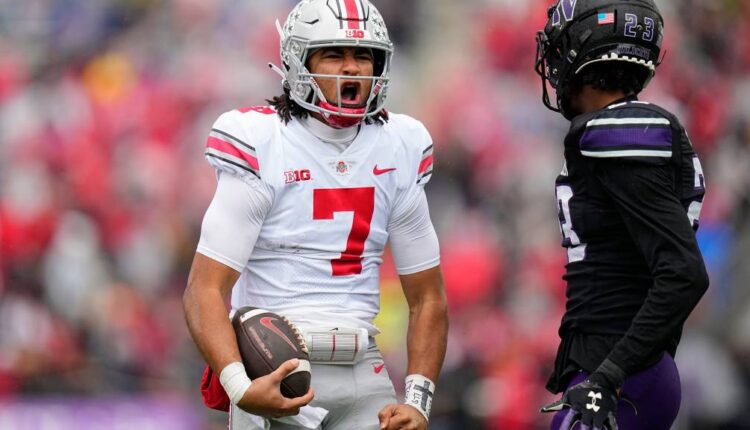 The Big Ten football season is headed down the home stretch, and it’s time to check in once again on which conference quarterbacks are doing the best at their position, including Ohio State football’s CJ Stroud.

The metric we like to use more than any other is ESPN’s Total QBR rating. We find it to be a better indicator of performance because it takes into account many aspects others don’t, including the level of competition.

So what is Total QBR exactly? According to ESPN, Adjusted Total Quarterback Rating “values ​​the quarterback on all play types on a 0-100 scale adjusted for the strength of opposing defenses faced.”

So where are Stroud and other Big Ten signal-callers following Week 9 of the college football season? Especially after Stroud ran into a midwestern monsoon on Saturday up in Chicagoland against Northwestern? Here’s a ranking of the top 13 based on quarterbacks that play an average of 20 action plays per game.

Let us know your thoughts, and comment on this story below. Join the conversation today.