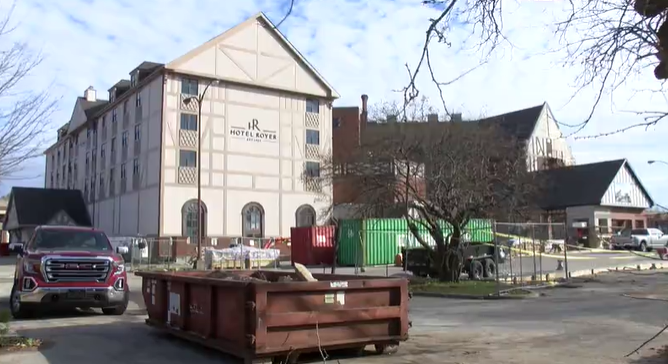 URBANA, Ill., (WCIA) — A landmark in Champaign County should be preparing to open its doors to tourists and guests, but instead, construction crews are still working on the project.

The city planned to open it by December 31, 2022, but mayor Diane Marlin said the timeline will be extended to sometime next year. There’s no definite date yet.

She said COVID, staffing and supply chain delays backed up the work. Leaders first broke ground on the hotel in Fall 2021. Now, Marlin said within the next few weeks, Urbana’s City Council will meet and consider an extension of the agreement.

“The current agreement ends, calls for it to be done at the end of this year and they’ll need to approve an extension,” she said. “But, we fully expect it to be finished in 2023, and there’s a lot of activity on the site now, so it’s getting closer.”

When it’s completed, Marlin said the $15-20 million project will have about 130 rooms for visitors.

She added that a renovation project like this one has been in the works for 20-25 years, as long as she’s been involved in City Council herself. She’s always hoping to get it to this point and is excited to see the final project.