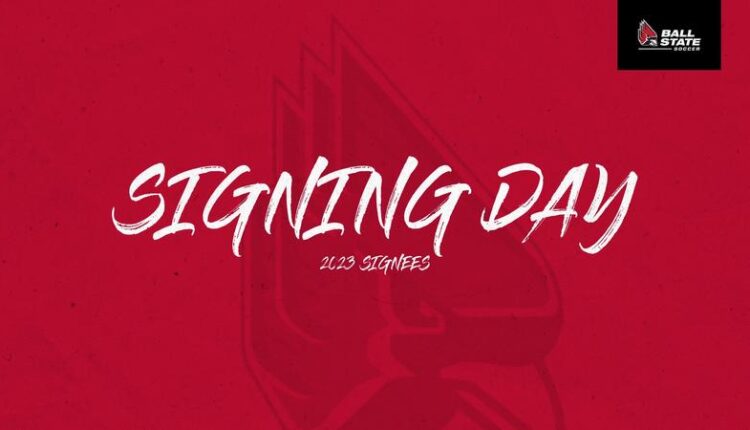 MUNCIE, Ind. – Head Coach Josh Rife along with the Ball State soccer team announced the addition of three student-athletes to the 2023 recruiting class on Friday.

The 2023 class features student-athletes from Illinois, Missouri, and Ohio. This talented group will add depth to an already skilled squad. The recruits have played against some of the highest competition across the country.

“I am excited to add Audrey to our team. She has great pace, technical ability, is a tough competitor, and plays with a great sense of maturity. She can play multiple positions in the back line as well as out wide. She will be a great addition to our program.”

“Annika is a very creative attacking player who has experience playing up front as well as in the midfield. Her confidence playing back to goal as well as when facing up and on the dribble will help keep defenses on their heels and keep them unbalanced.”

“Kaelyn plays with a certain fire and desire to prove herself every time she steps on the field. That’s a great combination when you look for sustained growth and success. Her athletic ability will allow her to play in various roles for us as well.”