Coyotes finish the regular season with the Bradley Pink Classic 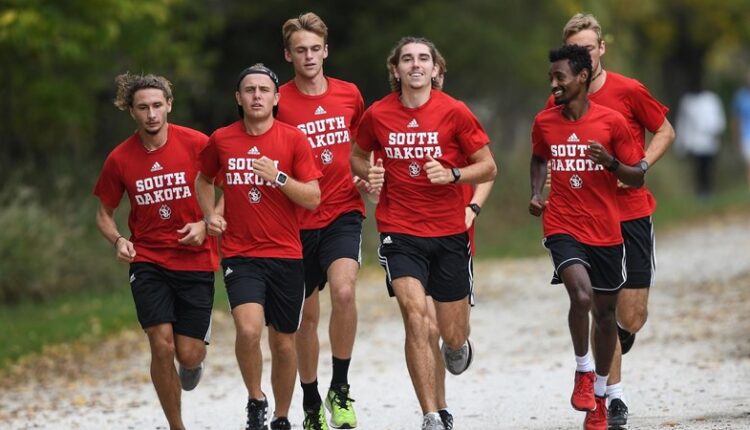 South Dakota women’s and men’s cross-country skiing trips to the Bradley Pink Classic on Friday October 15 at Newman Golf Course in Peoria, Illinois. The women’s 6,000-meter run is scheduled there at 3 p.m., followed by the men’s 8,000-meter run at 3:45 p.m.

After three consecutive weeks of competition, South Dakota returned to its traditional bi-weekly cross-country program. The Coyotes will be making their longest hike yet to the Bradley Pink Classic in Illinois. Merga Gemeda and Charlie Babcock from South Dakota have four of the five fastest times in the Summit League over 8,000 meters this season. Add Alec Atwood in the third slot and the men’s top three has remained unchanged in four fixtures. For women, Ella Byers has emerged as the top USD runner in the last three games. Only Byers, McKenna Herrmann and Melanie Pankow were in the scoring five in all four matches this fall.

Friday marks the final regular race of the season for South Dakota. The Coyotes are two weeks ahead of the Summit League Championships in Tulsa, Oklahoma, and the NCAA Midwest Regional is slated to follow in November.