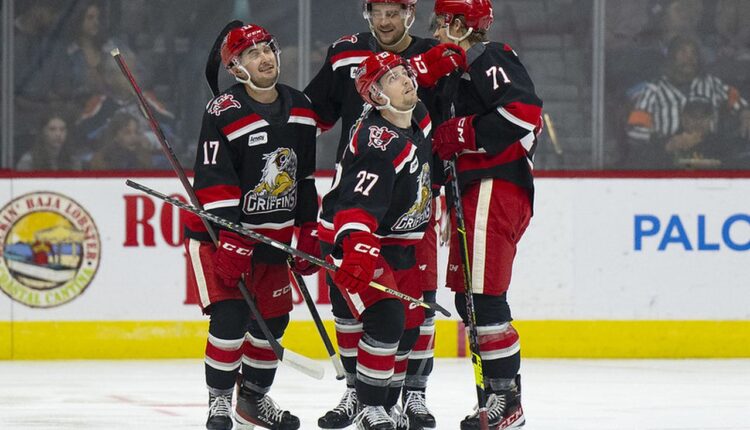 The Grand Rapids Griffins partook in their annual School Day Game at Van Andel Arena last week, before heading to the West Coast for a pair of games with the San Diego Gulls, the American Hockey League affiliate of the Anaheim Ducks.

The Griffins met with the Rockford IceHogs, an affiliate of the Chicago Blackhawks, for the second time this season this past Wednesday morning in their 21st annual School Day Game. Things were looking good during an impressive opening 20 minutes for GR, with Joel L’Esperance finding the back of the net for the sixth time this season on the power play.

However, the wheels fell off for Grand Rapids in the second period. Four penalties gave the IceHogs too many opportunities, and they were able to capitalize, scoring four time in the frame to take the lead. Rockford defenseman Ian Mitchell then scored his second of the game on the power play early in the third period to put the game on ice, with the IceHogs improving to 2-0 this season against the Griffins with a 5-1 win.

Rockford ended up going 2-for-7 with the man advantage, something head coach Ben Simon wasn’t too pleased with.

“We lead the [AHL] in the number of times short-handed. We can’t keep being short-handed six, seven times a game. The penalties we’re taking…lazy stick penalties. They’re correctable mistakes, which is discouraging, but we cannot continue to make them.”

Taro Hirose and Kyle Criscuolo picked up assists on L’Esperance’s tally, with Hirose tied for sixth in the league in assists (12) after Wednesday’s action. Goaltender Victor Brattstrom was credited with his second loss in regulation this season after a 28-save outing.

As the Griffins made their way out to sunny California for the first time this season, they knew at least one win was important.

They came out of the gates hot on Friday night, with Austin Czarnik scoring his sixth goal of the season, and first since getting reassigned by the Detroit Red Wings. Just over a minute later, Hirose found the back of the net, and a goal from Dominik Shine later in the frame helped lead GR to hold a 3-1 lead after one period of play. 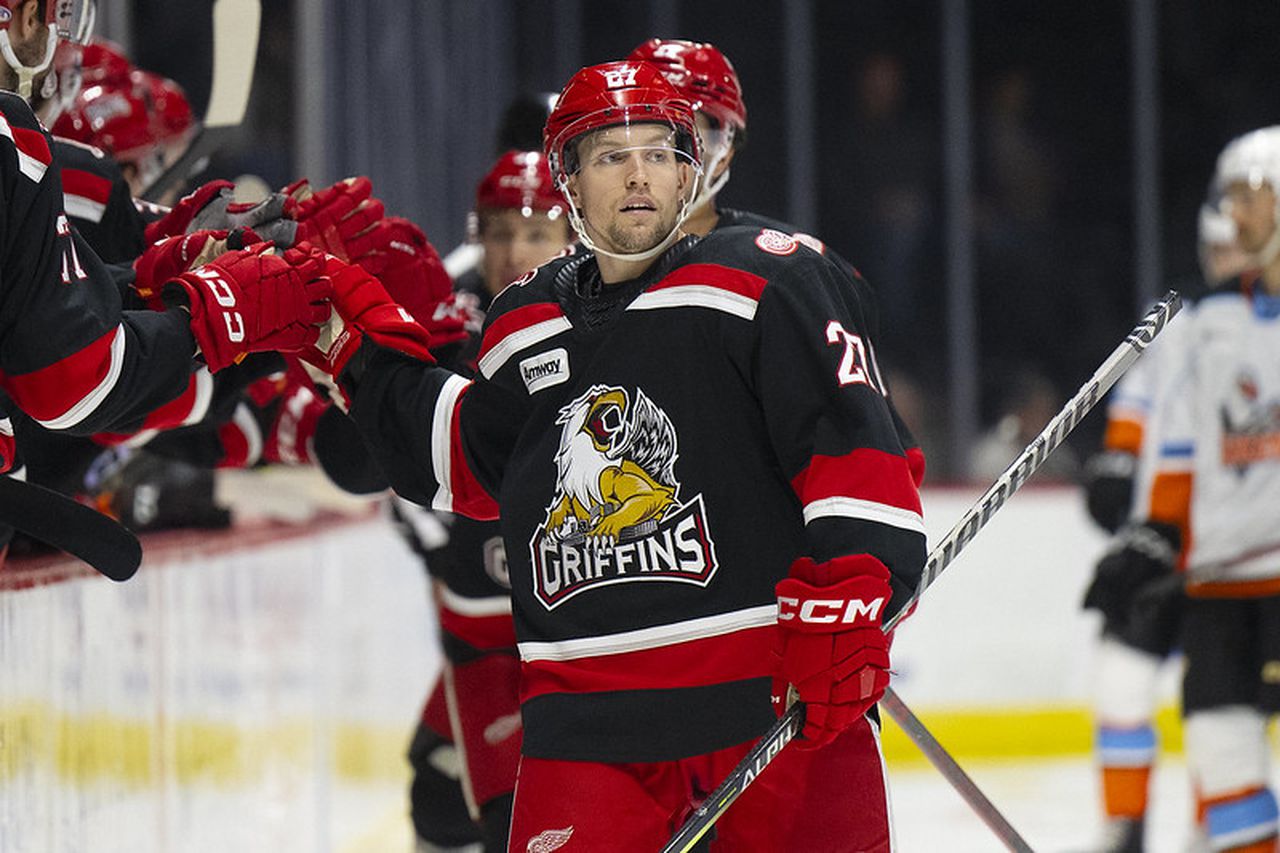 The second period saw even more offense, from both sides. Pontus Andreasson found the back of the net for the third time in four games, while Hirose potted his second goal of night in the waning seconds of the middle stanza. However, goals from the Gulls’ Jacob Perreault and Danny O’Regan kept the Griffins’ lead at two heading into the third period.

San Diego rallied in the early stages of the frame, tying the game at five. Then, with a little over a minute left in the game, Hirose found a way to score his third of the game, completing his first-ever hat trick as a pro, sending Grand Rapids to a big 5-4 win.

Hirose ended the contest with four points, while Czarnik ended up with two points as well. While he certainly had to battle in goal, Jussi Olkinuora hung on to pick up his fourth win of the season, making 17 saves in the game.

The final game of the weekend set between the Griffs and Gulls started out alright for the away side, as the Griffins scored first for the fourth consecutive game, with Andreasson scoring a power play goal just minutes into the contest.

However, that ended up being the lone bright spot on Saturday night for GR. Similar to what happened against the IceHogs, the Gulls reeled off six unanswered goals, including a hat trick from Glenn Gawdin, to split the weekend with a convincing 6-1 win. 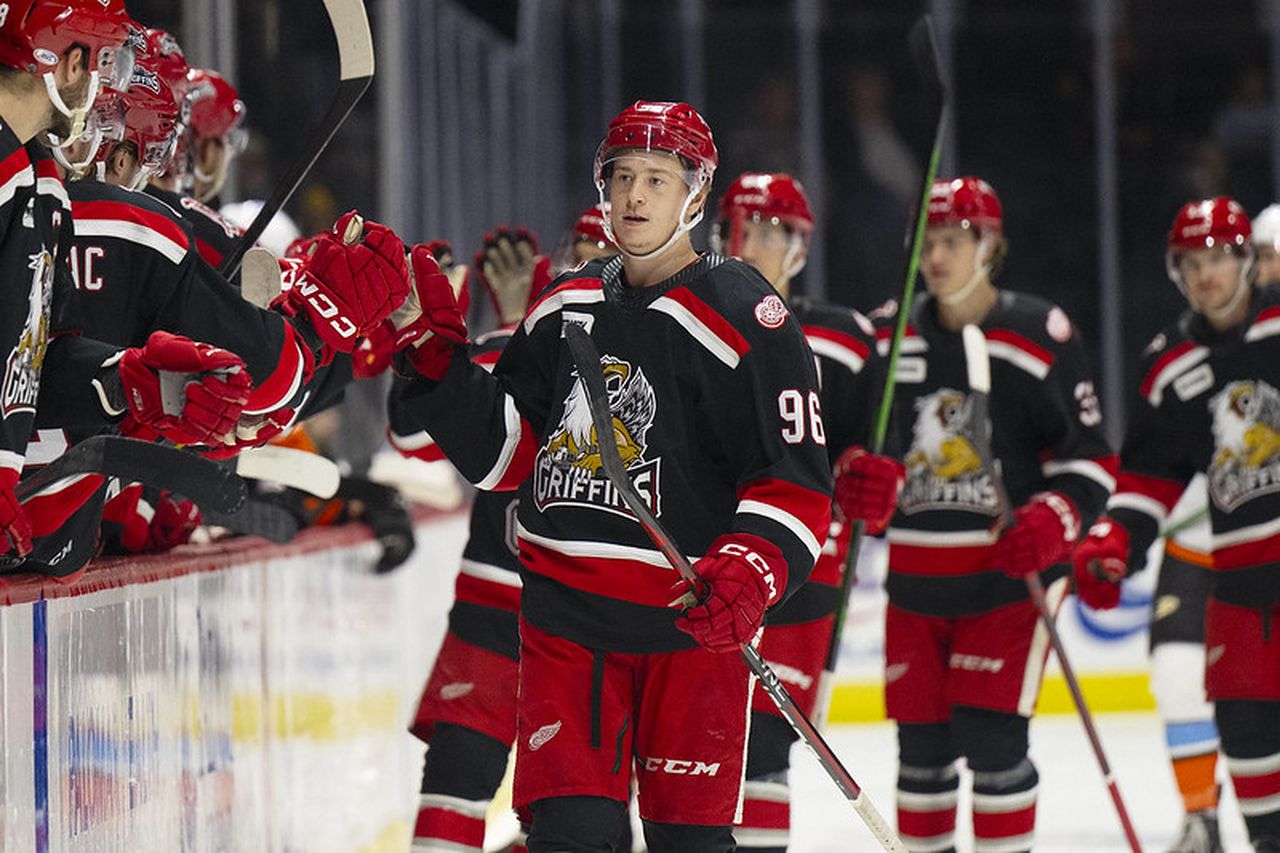 With the goal in the loss, Andreasson became the fifth Griffin to hit double-digits this season, with four goals and six assists in his rookie campaign. Kyle Criscuolo earned the lone assist on the goal, his fourth of the season, while Brattstrom was handed another loss, giving up five goals on 35 shots.

The Griffins (7-8-1) get a few extra days off, as they return to the Van Andel Arena for a five-game homestand, beginning with two meetings against the Manitoba Moose, the AHL affiliate of the Winnipeg Jets.

Manitoba will have a little less rest, as they have a meeting with the Milwaukee Admirals in Wisconsin on Tuesday. Currently, the Moose are 8-3-2 on the season, two points back of the Admirals for the top spot in the Central Division.

Friday night will mark the first time since last January that the old International Hockey League rivals will meet. During the 2021-22 campaign, the Griffins struggled against the Moose, posting a 2-4-2 record against their division rivals.

You can watch and listen to the Griffins all season long on AHL.TV

Illini running back Chase Brown to play at No. 3 Michigan