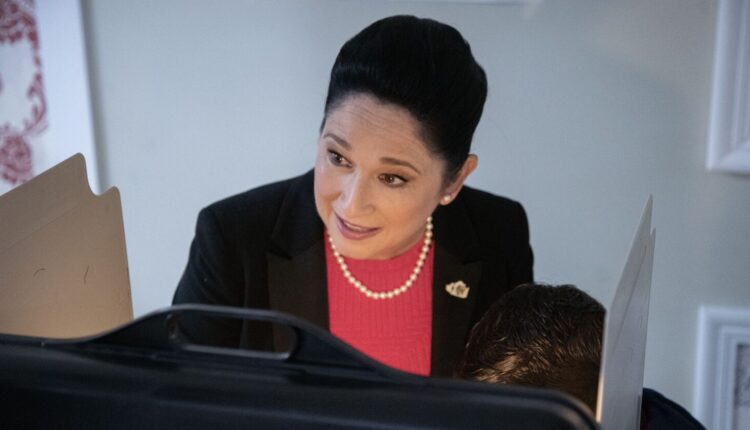 “While our campaign has come up short, our movement has just begun,” Demmer said in his statement.

With about 86% of precincts reporting, Frerichs had 55% of the votes compared to 42.8% for Demmer. Libertarian Preston Nelson trailed with 2.2%.

Trailing by more than 17 percentage points, Teresi did not respond to requests for comment late Tuesday.

Mendoza told those who didn’t vote for her that she would “work as passionately for you as I do for my family.”

With about 81% of precincts reporting, Mendoza, seeking a second full term as comptroller, had 57.9% of the votes, to about 40.3% for Teresi, the McHenry County auditor. Far behind was Deirdre McCloskey, the Libertarian candidate, with 1.8%.

Earlier in the evening, Mendoza supporters had tricked into the Palmer House’s Empire Room to await results as the polls closed. Teresi waited for results at Niko’s Red Mill Tavern in suburban Woodstock.

With beer and wine glasses held high, family and friends of Mendoza clapped and cheered at her showing in early returns.

“I’m very thankful to the voters that they continue to trust me to lead them and the state’s finances in a better direction,” Mendoza told the Sun-Times earlier in the evening. “I inherited the worst, most difficult job at a time where nobody wanted to sign up for the task. I’m glad to do it and to take on that burden.”

Mendoza, elected comptroller in 2016, is the highest-ranking Latina elected official in Illinois. She previously served as the Chicago city clerk and as a state representative, and in 2019 unsuccessfully ran for mayor of Chicago. 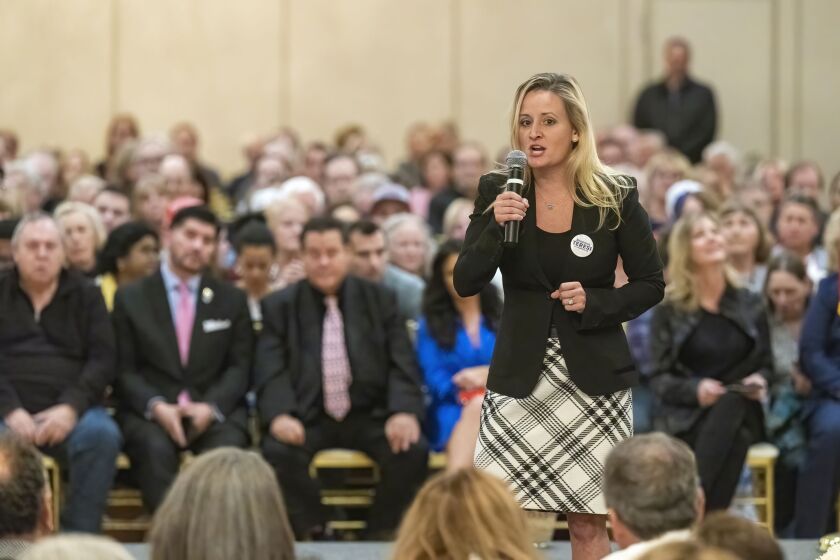 Shannon Teresi, the Republican nominee for Illinois comptroller, shown speaking at a Darren Bailey rally in Glen Ellyn on Halloween.

Mendoza touted her office’s ability to get the state’s finances “under control.”

Her campaign raised more than $2.85 million compared to the $139,000 raised by her Republican challenger.

Teresi is a certified public accountant. Her campaign raised doubts about Mendoza’s handling of the state’s finances, pledging to conduct a thorough audit if elected.

Frerichs was elected state treasurer since 2014. He previously was a state senator, and he also worked as the Champaign County auditor. 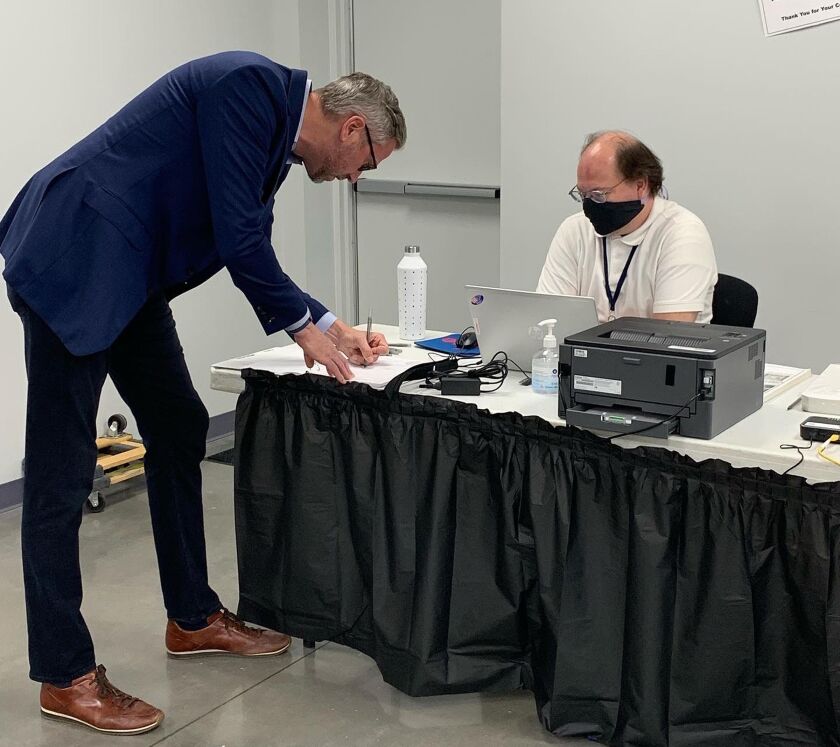 Demmer served five terms in the State House. During his campaign, he had pledged to fight for lower taxes.

Elvia Malagón’s reporting on social justice and income inequality is made possible by a grant from The Chicago Community Trust. 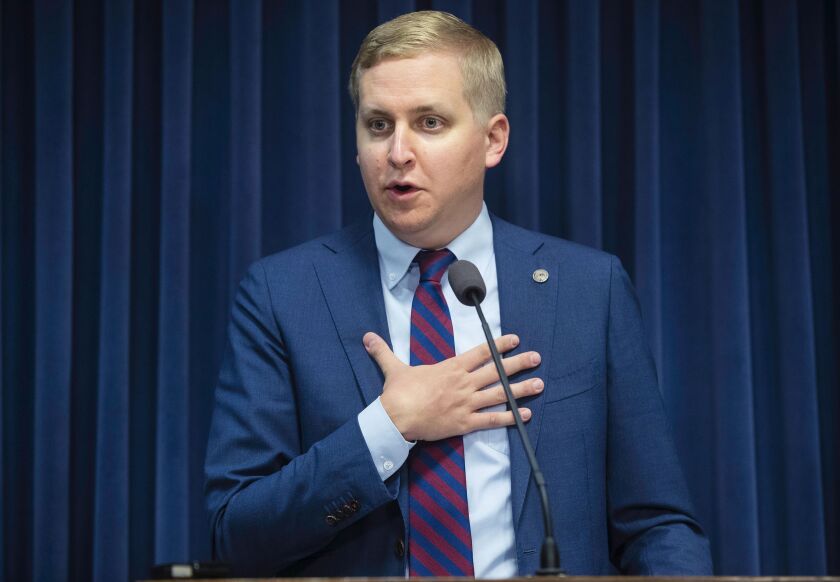